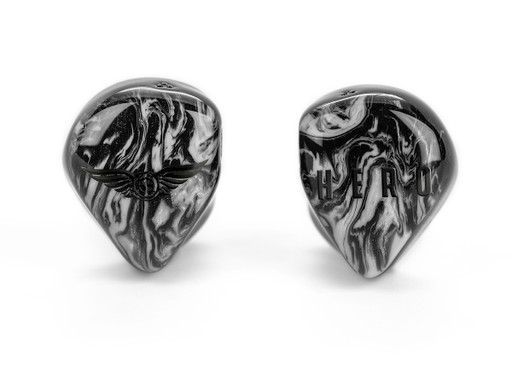 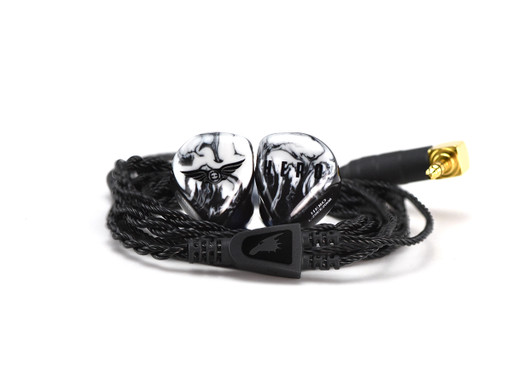 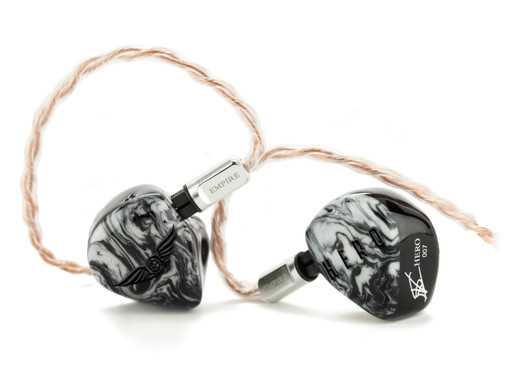 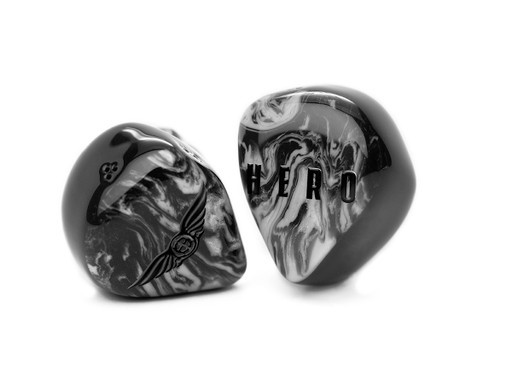 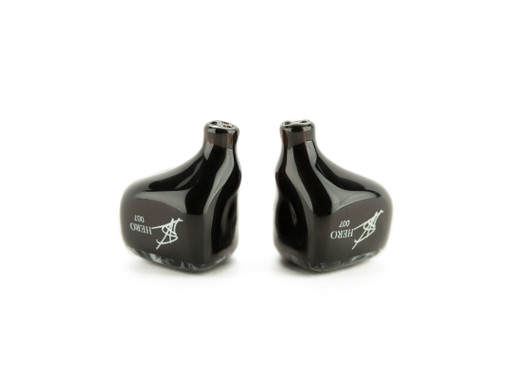 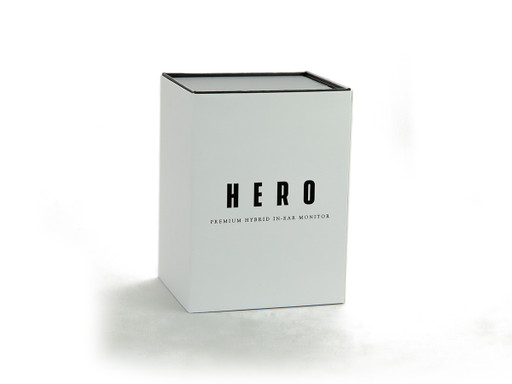 From the very beginning of Empire Ears' history, IEMs have represented dreams, hopes and aspirations. For Empire, a brand that aims to provide customers enlightened moments of pure listening euphoria, the development of Hero was an indispensable step. As a further highlight of over 30 years of excellence and their 5th anniversary year, Empire Ears is ecstatic to present the Founder’s Editions as a sincere, heart-felt Thank You to all those whom helped them come this far in The Pursuit of Extraordinary.

Each Founder's Edition Hero will receive the following touches:

What's In The Box

Included at no additional charge with each order.

Hero is relentless, fierce and unapologetic – a renunciation of rules, preconceptions and everything that’s expected from it. It represents a tour de force of Empire’s expertise and craftsmanship, elevating musicality presentation to a level non-existent in its tier. With DNA sourced directly from Legend X and Zeus XIV, Hero reveres the past to emulate flagship levels of performance without the flagship admission.

Every element of Hero is a combination of reminiscence to history and it embodies a relentless quest to push the limits of possibility. Its sophisticated design, proprietary technology and extraordinary audio reproduction capabilities make it a class-dominating masterpiece.

Empire Ears believes that an extraordinary IEM requires an extraordinary cable. They’re proud to introduce Alpha-IV (A4); a premium handcrafted 4 core cable comprised of a proprietary 26AWG UPOCC Litz Copper with multi-size stranding. The advantage of multi-sized stranded design within the same encapsulations enables A4 to achieve distinct highs and details due to the signal transmission speed in thinner cable strands, while the thicker size cable strands deliver smoother bass and mids.
A4 features a durable, overmolded .78 2-pin connector offered with either a 3.5mm right angle or 2.5mm balanced termination and improves upon the previous cable design.

Boasting two of the industry’s most advanced driver technologies, HERO is truly a standout hybrid IEM with an uncompromising performance ethos focused on delivering the purest connection between listener and IEM.

Our signature W9+ dynamic driver brought serious performance to the IEM world by combining the breakthrough of an enclosed woofer in a tuned bass-reflex system. Elevating the W9 design formula to its highest level, the W9+ boasts a larger internal coil diameter, more linear excursion envelope along with a more capable suspension to handle peak-to-peak excursion while mitigating distortion. W9+ extinguishes any limits the previous design had and delivers unparalleled bass on all fronts. Every W9+ subwoofer is hand assembled to exacting quality standards in Empire Ears' Norcross, Georgia laboratory.

Hero comes equipped with 3 proprietary balanced armature drivers to deliver the signature midrange that the world has come to know and love from Empire Ears. Each of these drivers has been purpose built to precise requirements and exacting standards. Empire Ears works closely with their vendors to ensure that only the highest performing components are used.

Legendary Crossover Network
Genetically dissimilar from the rest of the IEM world, the synX crossover network truly stands out with countless bespoke methods and technologies protecting it as a unique masterpiece. A marriage of 3 different driver technologies become symphonized by a unique, proprietary 8-way synX crossover network designed to maximize performance from each and every drive

ARC (Anti-Resonance Compound) is a proprietary conformal coating that virtually eliminates unwanted vibrations and resonance from within IEMs. ARC effectively increases the mass of the components it’s applied to: every driver, crossover, and sound tube. This gives the internals more solidity while serving as a dampener to absorb the unwanted resonance instead of reflecting them out of phase. With A.R.C. clarity is increased substantially, bass is deeper, and the IEM becomes more efficient. 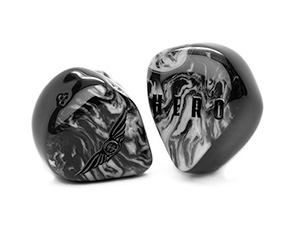 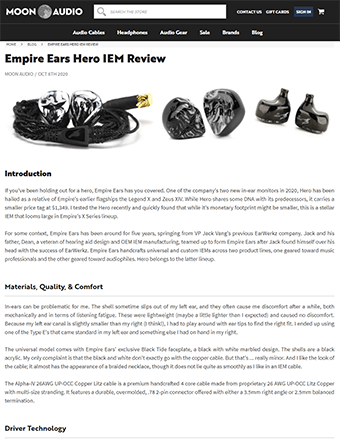 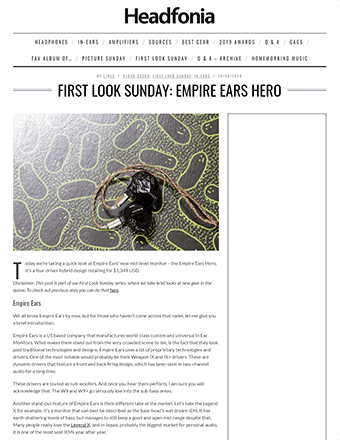 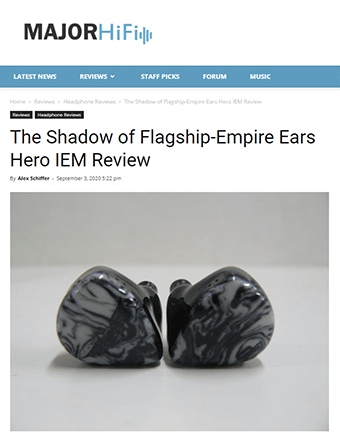 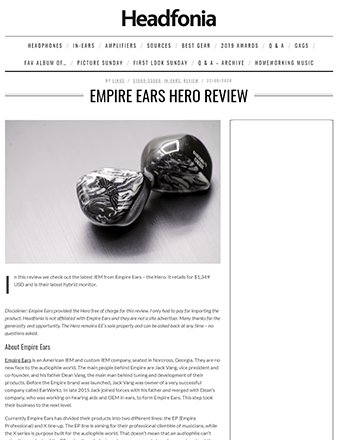 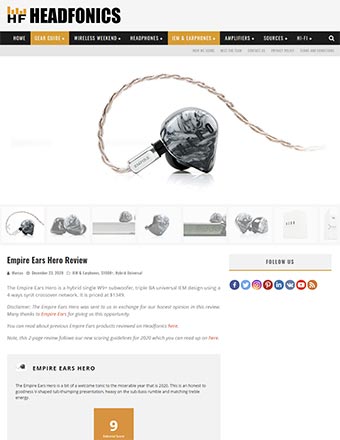