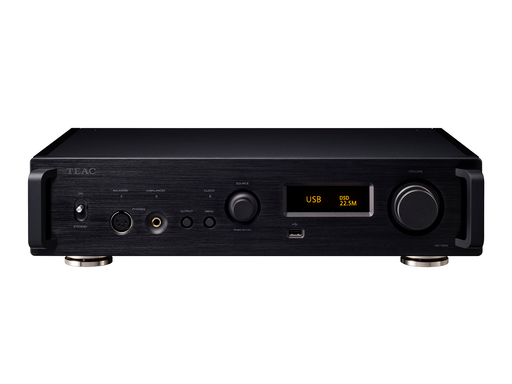 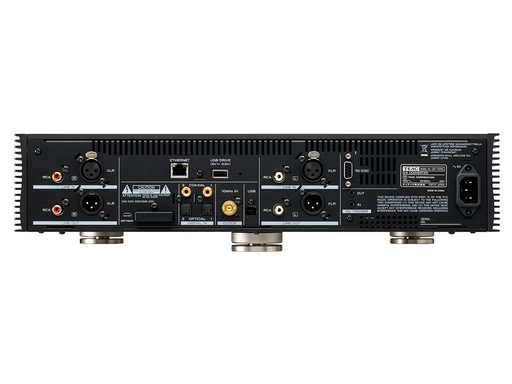 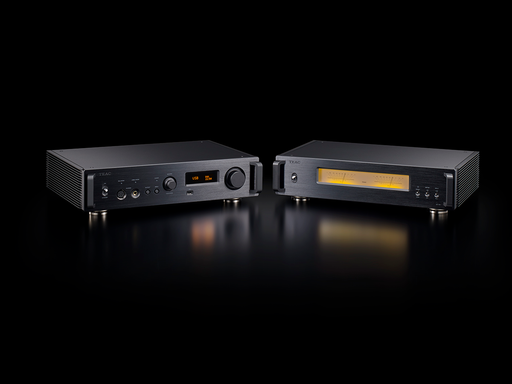 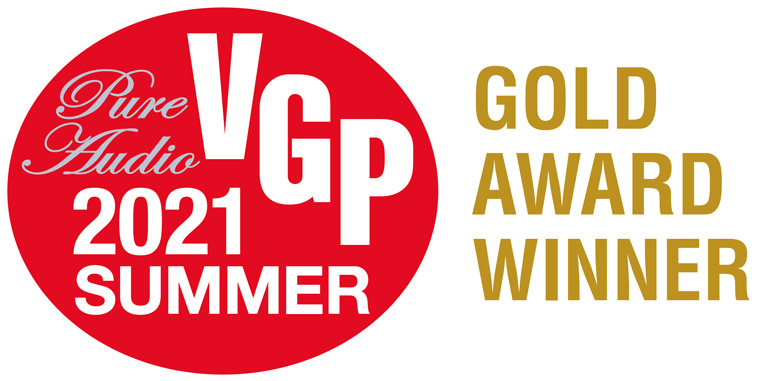 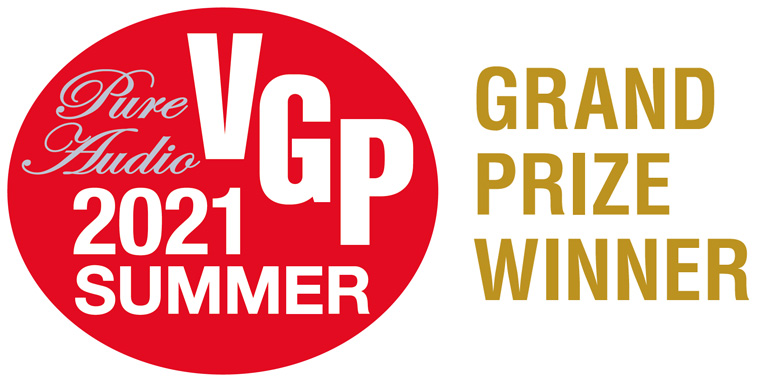 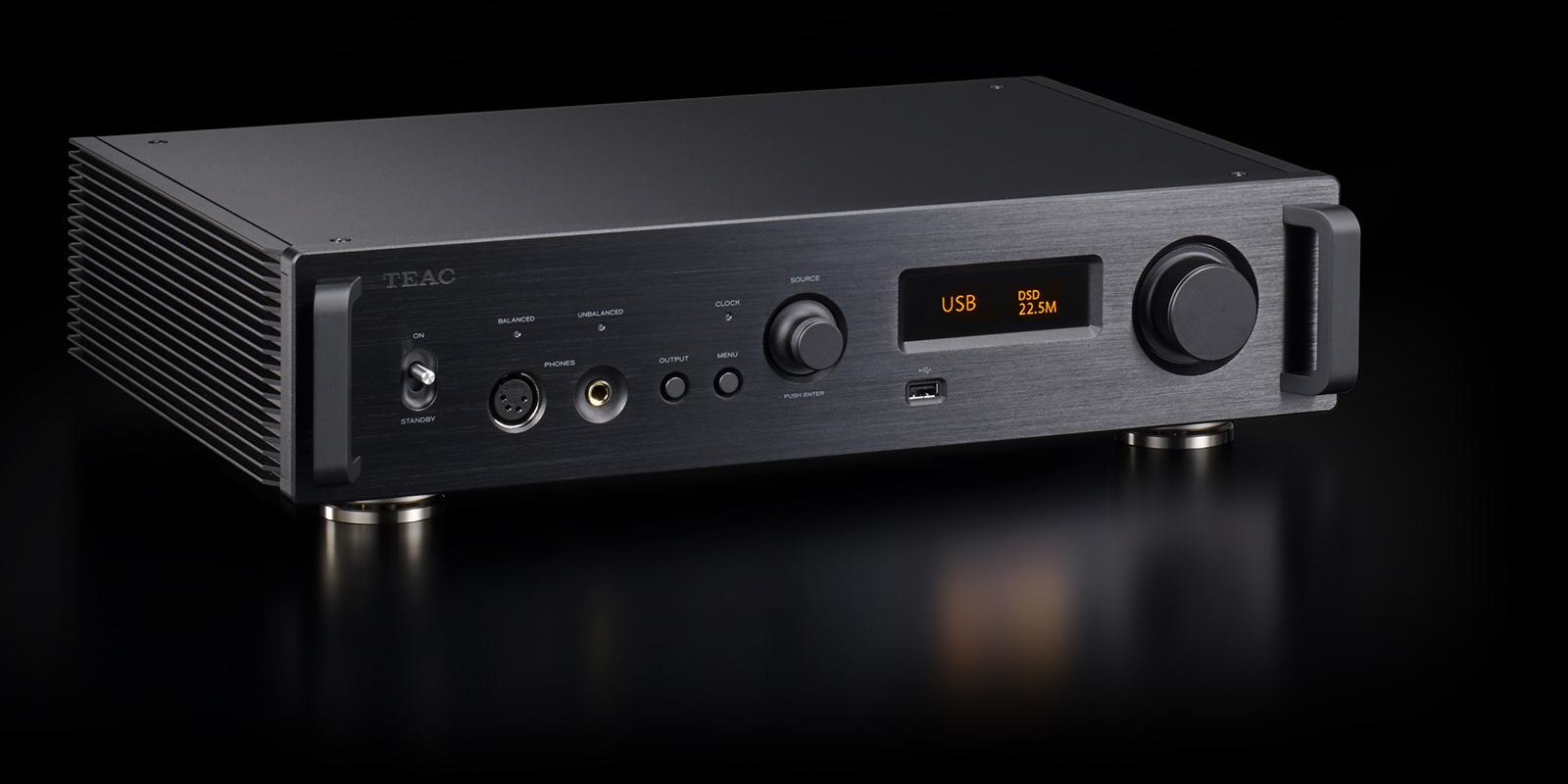 With a newly-developed original discrete DAC, this advanced all-around unit fascinates every audiophile as the core of an audio system.

With USB DAC functions as the foundation, a network player, an analog preamp, a headphone amplifier and various other functions have been combined at a high level. This TEAC flagship with a newly-developed TEAC ΔΣ (Delta Sigma) discrete DAC has achieved a new level. As a USB DAC and network player, 22.5MHz DSD and 384kHz/32-bit PCM are supported. Using the newly-developed TEAC ΔΣ discrete DAC, all digital signals are converted to analog signals with high audio quality. Not only can this be used for all kinds of digital playback, from systems centered on a PC or Mac to audio server systems using NAS and streaming playback, it can also fulfill a core role in systems as a preamp with analog and digital inputs. The UD-701N is an all-around unit that flexibly supports new listening styles in a new age. Along with allowing listening through speakers in combination with a power amplifier, it also supports balanced headphone output using a 4-pin XLR jack. 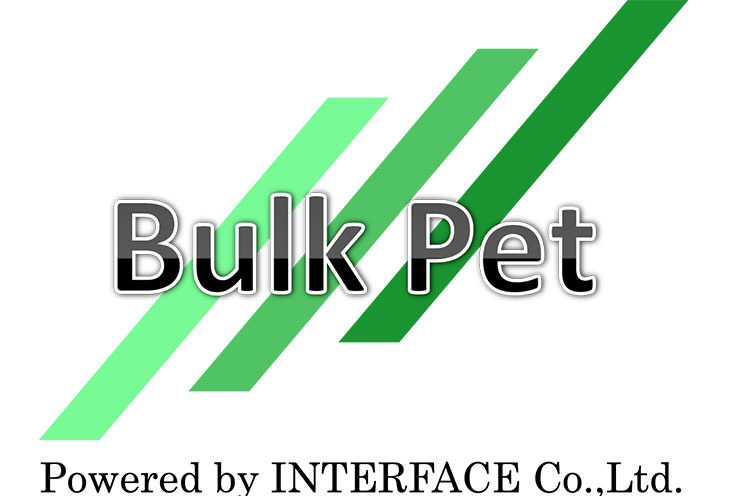 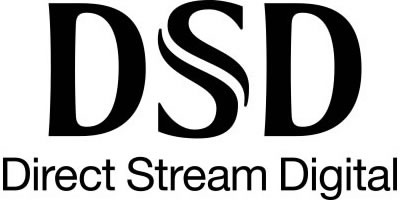 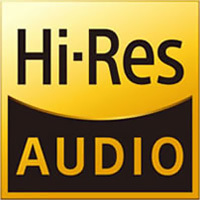 Instead of using a generic DAC IC, we incorporated a newly-developed TEAC ΔΣ (Delta Sigma) discrete DAC comprised of discrete circuitry that uses FPGA incorporating our original algorithms. Analog signals are output with high audio quality. DSD signals are transmitted as is, while PCM signals are transmitted after passing through a ΔΣ modulator and conversion to 1-bit signals. We can say that achieving this wide, perfectly clear sound field, which can be realized specifically because of the discrete design, is TEAC reaching the pinnacle of its sound objectives. With the TEAC ΔΣ discrete DAC, playback of 22.5MHz DSD and 384kHz/32-bit PCM is possible.

We have incorporated an extravagant dual mono structure throughout the unit, from the power circuit with independent left and right toroidal core transformers to the D/A converter section and analog output stage. This dual model structure, which has complete mono circuits for each of the two channels, prevents interference between the left and right channels, enabling the realization of rich musical expression that reproduces the sense of space and dimension.

Fully-balanced transmission at every stage

The fully balanced transmission of both the left and right analog output signals from after D/A conversion through the final output stage contributes greatly to improving the signal-to-noise ratio and increasing the dynamic range. This conveys signals in a purer state without losing the sense of air that high-resolution audio sources have.
*The circuit boards in this photos are under development.

Not only as a USB DAC/Network player that employs two sets of coaxial and optiocal digitla inputs, the UD-701N also works as a high-quality analog preamplifier by employing additional analog audio inputs via RCA and XLR connectors that allow users to connect conventional audio sources. Our TEAC-QVCS (Quad Volume Control System) is a variable gain amp volume control with four independent circuits for left, right, positive and negative (L+, L−, R+ and R−). Placing this in the audio signal route makes it as short as possible, preventing the degradation of audio signals caused by drawing them through signal lines. Moreover, since the volume can be adjusted in extremely fine 0.5dB intervals, you can achieve the ideal volume for the audio system or headphones that you are using.

We used TEAC-HCLD2 circuits, which are improved versions of our TEAC-HCLD (TEAC High Current Line Driver) enhanced-current output buffer circuits. These raise the current transmission capabilities that are important in analog output circuits. Each channel has a positive and negative two-circuit structure with diamond buffer amplifiers, which have high current transmission capabilities, used as line drivers. Drive is differential for balanced output and parallel for unbalanced output. By increasing the current supply ability, transmitting the dynamism of audio signals without loss becomes possible.

A total of four diamond buffers, one in each of the left, right, positive and negative circuits, are used in the dedicated headphone amplifier, enabling the connection of balanced drive headphones. Moreover, even during single-end use, by driving these amps in parallel, they can provide stronger drive than ordinary single-end headphone amplifiers. This enables the potential of many types of headphones, including 600Ω high-impedance headphones, to be realized. Active ground is a drive method, based on the principles of a balance connection, that approaches 0 V by connecting the COLD connector to the ground and driving the ground forcibly using an amplifier circuit. Not only can a more ideal ground be realized than when using an ordinary ground, the impact of humming noise coming from the power can also be suppressed. Moreover, by lowering the noise floor, we can expect silence to be deepened, allowing the breathing of the artists and the texture of sounds to be felt more intimately. 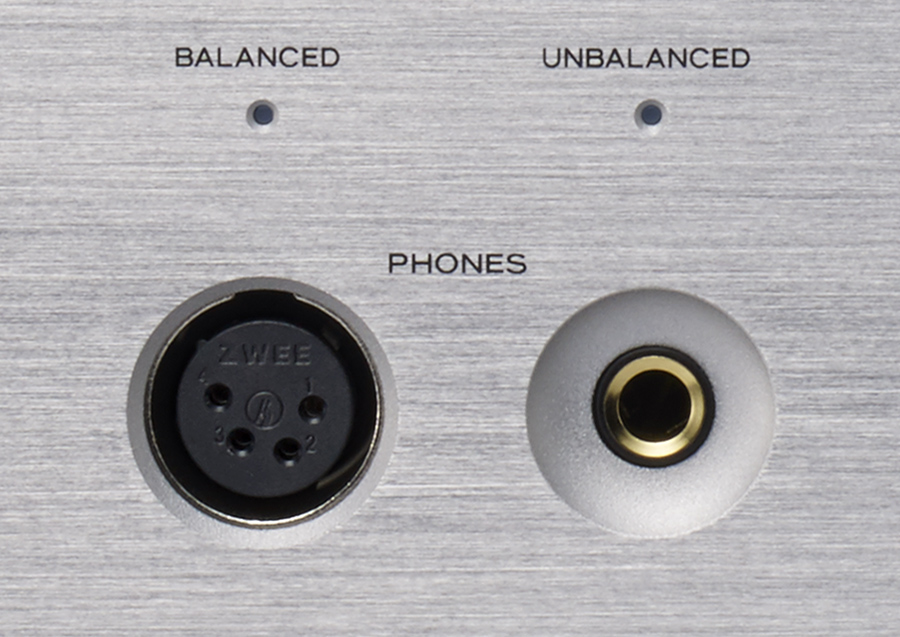 MQA (Master Quality Authenticated) is a high-quality audio codec that enables playback at the same quality level as studio masters. The UD-701N has an MQA decoder that controls D/A-converted waveforms with a precision as fine as 5 ms in order to achieve analog waveforms that are true to the original recordings. Playback sound that seems like the original to the human ear can be achieved by greatly reducing the “sound blurring” that occurs easily when sounds start suddenly and at other times when sound pressure differences are extreme. Since a full decoder is included, in addition to file and network playback, MQA data from digital inputs can also be decoded. Playback of MQA CDs is possible by connecting the digital output of a CD player to the UD-701N.

The upconversion function uses RDOT-NEO (Refined Digital Output Technology NEO) to smoothly augment PCM digital audio signals and upconvert their sampling frequencies 2, 4 or 8 times (384kHz maximum). RDOT, which applies an analogous interpolation method using fluency logic, is a technology that was developed to enable reproduction and playback of frequencies higher than 20 kHz that are lost by 44.1kHz/48kHz digital signals. Based on the information read, analogous data is generated between the waveform samples, which also results in data above 20 kHz.

In addition to the LDAC™ and LHDC codecs, which can transmit audio data with quality that is considered high resolution (96kHz/24-bit), it also supports Qualcomm® aptX™ HD, which is capable of 48kHz/24-bit transmission. Of course, the popular AAC, Qualcomm® aptX™ and SBC codecs are also supported, so you can easily enjoy high-quality wireless playback from smartphones and digital audio players.

Support for popular and convenient network functions, including OpenHome and Roon Ready

Common control apps that support OpenHome can be used with the UD-701N, which also supports this platform. Moreover, playlists on the UD-701N can be managed using TEAC HR Streamer and other control apps that support OpenHome. Gapless playback is also supported. With support for Roon Ready, functions provided by RAAT (Roon Advanced Audio Transport), including high-quality audio playback, easy and convenient operation using apps, and multi-room synchronized playback, can be used without limits.
* Support for Roon Ready will be added in a firmware update made available after product release. 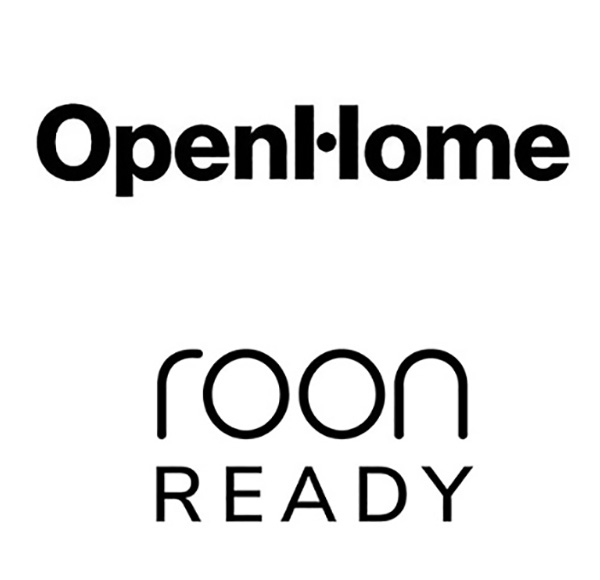 Along with Spotify Connect, this model also supports Tidal and Qobuz, which are subscription music streaming services that enable listening to lossless CD-quality (44.1kHz/16-bit) recordings.
* Tidal Connect will be added in a firmware update made available after product release.

When transmitting large amounts of digital data by USB cable from high-resolution audio sources, large inconsistencies arise in the processing loads of both the sending computer and the receiving USB DAC, and audio dropouts and other problems can occur. Using the Bulk Pet USB transfer technology, however, the same amount of data is transmitted at a steady rate, leveling the processing loads of both sides and realizing stable data transmission. Since changes in computer load conditions can also affect audio quality, you can select from four preset transmission modes to choose the preferred audio quality.

A floating structure is utilized to keep transformers, which can easily cause vibrations, isolated from the bottom panel. The lengths of all the side fins, which are for heat dispersion, have also been adjusted to prevent sympathetic vibrations.

In addition to using the minimum number of circuit board attachment screws, TEAC original pinpoint feet that utilize a new mechanism to provide play where they contact the bottom panel are used to thoroughly suppress vibrations that affect audio quality. 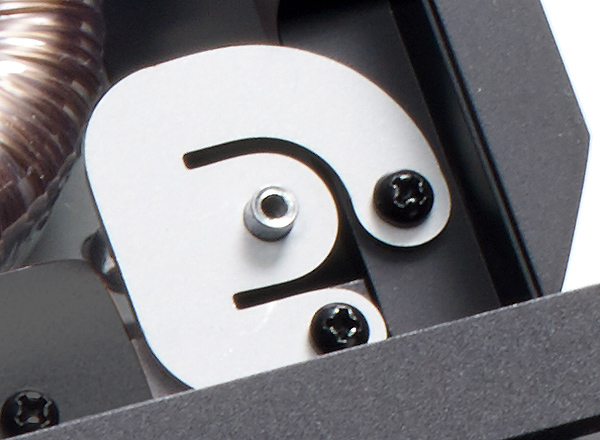 This free dedicated software can be used to easily play 22.5Mhz DSD and 384kHz/32-bit PCM, which represent the next generation of high-resolution audio sources, from Windows and Macintosh computers. By simply starting the software and selecting the UD-701N connected by a USB cable, digital audio data can be transmitted reliably with optimal conditions. Since this software is designed for use with this model, there is no need to worry about the troubles that often occur with USB audio settings, including “no sound being output even when the USB DAC is recognized” and “sound being down-converted when it is output.”

We have prepared the Teac HR Streamer; a network control app of our own design, that supports Open Home. With the ability to make libraries by loading artwork and music tag data from song data already stored on NAS, intuitive and quick track selection operations are possible. Furthermore, you can select tracks and add them to playlists as you like, crossing freely between cloud services and local networks, including audio files stored on NAS and USB flash drives, as well as FLAC and MQA sources on Tidal and Qobuz. TEAC HR Streamer can be used on iOS and Android devices. 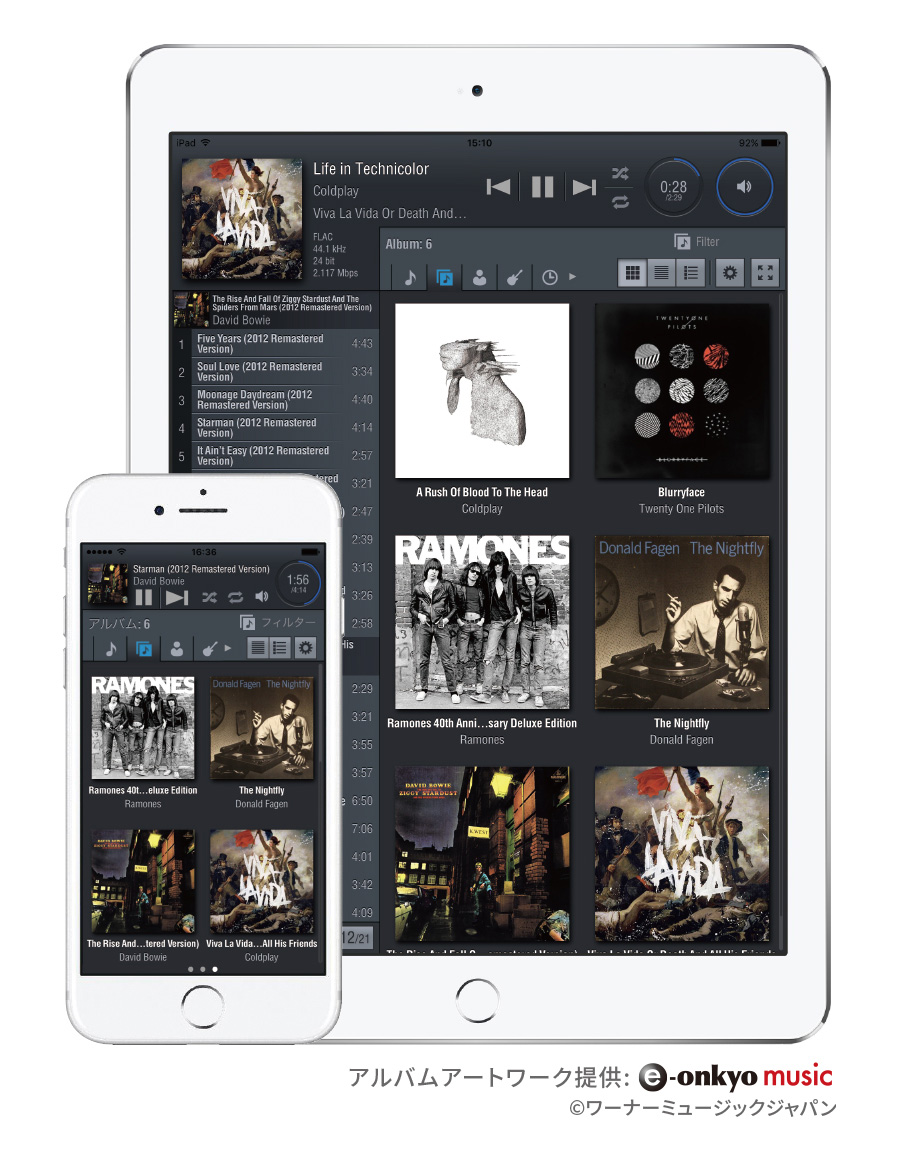 Features at a glance

*Roon Ready and Tidal Connect will be supported by future firmware update. 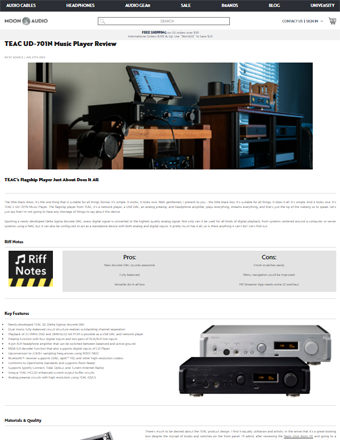