Pass Labs Amplifiers: Everything You Need to Know 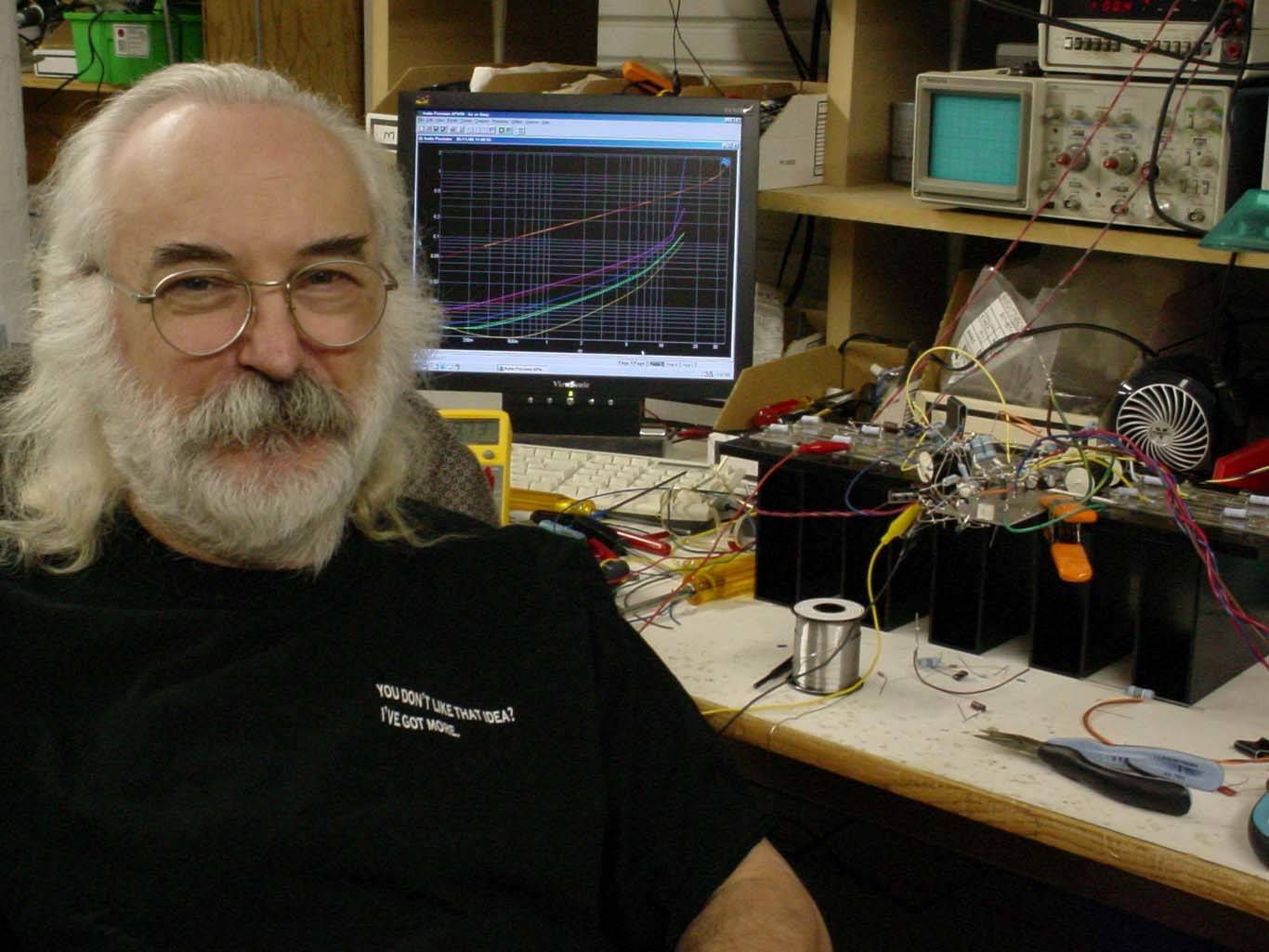 Nelson Pass made his name with Class A amplifier designs, with the Aleph 0 setting the stage for many, many more to come. Today's Pass Labs Class A amps live in Pass Labs' XA and Xs series. Class A amps offer a simple design, high fidelity, and no crossover distortion. The downside is they are bulky and inefficient (lots of heat!). Class A amps are coveted by many audiophiles for their true-to-recording sound.

Additionally, Pass Labs produces integrated amplifiers, which combine a power amplifier and a preamplifier into one unit.

Let's explore that further. In Class A, all of the amplifier's output devices must be conducting through the full 360-degree cycle of a waveform. Now, Class A can be broken down into single-ended and push/pull amplifiers. Push/pull moves away from the explanation above by utilizing output devices in pairs. While both devices are conducting through the full 360-degree cycle, one device will shoulder more of the load during the positive portion of the cycle, while the other handles more of the negative cycle. The primary advantage is reduced distortion relative to single-ended designs, as even order harmonics are cancelled out. In addition, push/pull Class A designs are less susceptible to hum, while single-ended designs tend to require special attention to the power supply to mitigate this issue.

Class A/B amps use a push-pull arrangement so that only half the output devices are conducting at any given time. One-half covers the +180-degree portion of the waveform while the other covers the -180-degree section. Class A/B amplifiers bump that up to about 181-200 degrees. By doing this, there is far less potential for a “gap” in the cycle to occur, and consequently, crossover distortion is pushed down to the point where it’s of no consequence. Some Class A/B designs take things a step further in their quest to banish crossover distortion, operating in pure Class A mode for up to a few watts of power. This does give up some efficiency when operating at low levels, but still ensures that the amplifier doesn’t turn into a furnace when delivering large amounts of power.

"These are Pass Labs' ultimate expression of power amplifiers, the perfect blend of science and visceral emotion. It there's a more satisfying amplifier anywhere, we're not aware of it."

The XA25 offers great sound at slightly lower power, without frills, at a lower price than the XA30.8. It embodies new components and innovative circuits coupled with the best elements of the previous generation. Degeneration, “the other form of feedback,” has been eliminated. The output stage consists of a single pair of 800 watt new-generation output transistors operating push-pull Class A. The result is faster, lower distortion, lower noise, higher damping, and larger Class A operating envelope into low impedance loudspeakers, all in a simple three-stage circuit with total of three pairs of push-pull gain transistors. The XA25 delivers plenty of low-frequency energy, a nice midrange, low noise, and is really well controlled. It's got a more tube-like sound than the 30.8. It tends to be more flexible with speaker pairings than some other Pass Labs amps.

The XA30.8 is an exceptional stereo power amplifier, providing the optimal balance between performance and cost. High-biased MOSFETs providing higher-power class A operation, direct-coupled front-end circuitry for exceptionally high stability and larger, more robust heats sinks similar to those of the larger .8 amplifiers. An improvement over the .5 version, the XA 30.8 features a better power supply, lower noise, much less degeneration, no caps in the signal path, no frequency compensation. What this means for the listener is better low-level detail, better dynamic contrast (especially at low levels), better phase coherence, and better signal balance.

"This hard work and creativity (on the X250.8) results in a greater “look back” at the original musical performance, conveying additional insight to the artist’s creative intent."

As the entry-level class A/B stereo power .8 amplifier, the X150.8 features many of the same technical and sonic attributes of its larger siblings. It features 150 watts per channel, 100K ohm input impedance, and operates “higher” into Class A than its predecessors. But knowing the ear is not a microphone and the brain is not a tape recorder, Lass Labs designed this model to bridge the gap between measured performance and outstanding subjective musical experience. Simply put, the X150.8 will compel you to listen to your entire music collection again and again.

The stereo class A/B model represents a step up in power and performance from the X150.8 and, like all Pass Labs products, has been painstakingly designed, tweaked, and redesigned and fine-tuned to deliver maximum musical enjoyment. This hard work and creativity results in a greater “look-back” at the original musical performance, conveying additional insight to the artist’s creative intent. Isn't that what it's all about?

"Audiophiles, serious audiophiles, have not considered an integrated amplifier as a worthy product for 30+ years. Pass Labs has changed this paradigm forever!"

Sold out
Sold out
Add to Cart

The INT-25 combines the XA25 power amp with a preamp stage that shares its lineage with the HPA-1 headphone amplifier. A smaller stereo Class A amplifier at a lower price, the INT-25 takes advantage of the lower power requirements to have simpler single-ended circuitry and fewer parts in the signal path. This also allows elimination of degeneration in all stages.

The INT-60 presents 60 glorious watts per channel into 8 ohms, and doesn't leave class A until 30 watts thanks to its high-bias operation. The larger class A operating envelope brings lower distortion and greater loudspeaker control, delivering higher quality musical fidelity for your enjoyment. The INT-60 has four line-level inputs: two offer single-ended (RCA) or balanced (LR) jacks and two offer single-ended only.