There have been some good closed back headphones over the years but none have ever approached the level of the MDR-R10. I said this should be the ultimate goal for Focal to achieve. I don't have a Sony MDR-R10 headphone in my collection as their cult status priced them quite high and out of reach for the commoner. However, I have plenty of high end headphones and I would rather have more than just the one so I can't do a comparison at the moment to see how it stacks up against the legend. The Elegia does not have the top-end or low-end energy of the Clear. It is balanced yet it does not grab my ears the way the Clear does. The Elegia is priced very well at $899 and has created many happy customers for us but, personally, I need more from a reference headphone.

The Stellia gave me more of what I'm looking for when listening to a closed back reference headphone.

I didn't like the sound of Beryllium in the early days of Focal speaker technology, but since picking up the Sopra 2 speakers in the showroom I am a convert. The Beryllium is no longer bright and it doesn't ring like the early inverted tweeters did to my ears. I am loving the Stellia. 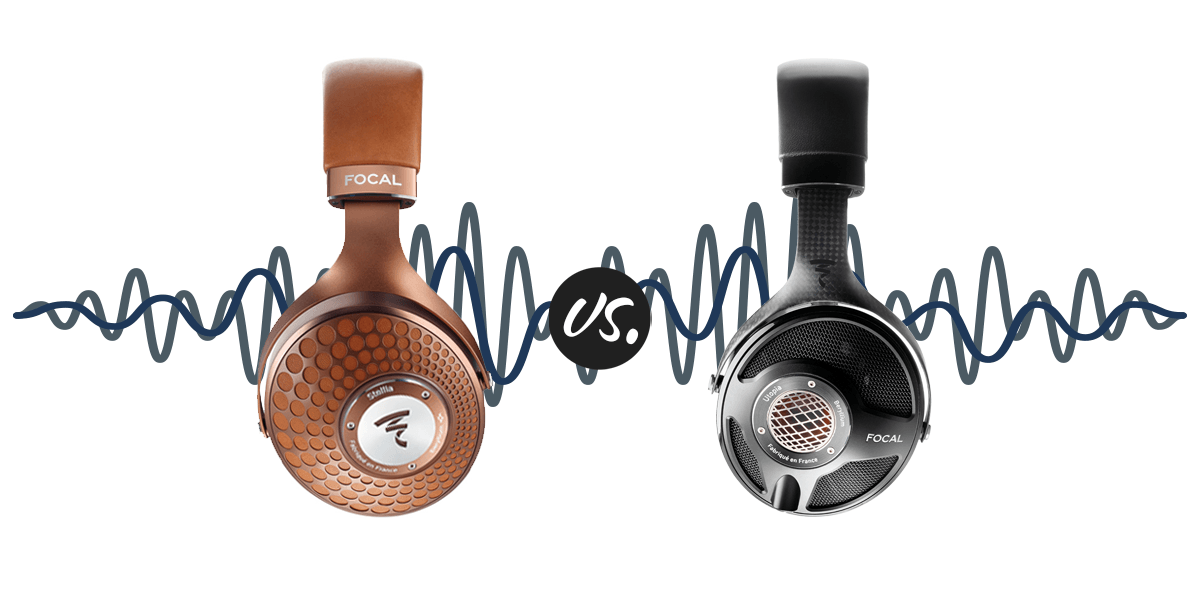 Will it replace the Utopia for me? No, let me explain. 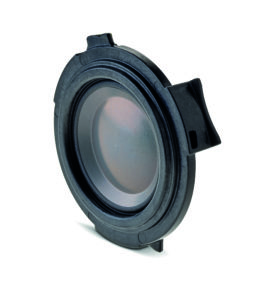 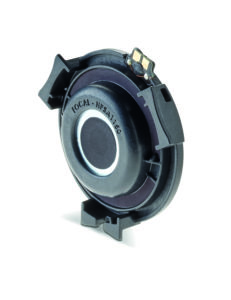 The driver voice coil is still former-less and 100% copper, but the voice coil driver differs to account for the closed back design. The surround is stiffer, resulting in a lower impedance and more sensitivity which makes it even easier to drive than the Utopia.

Is the Focal Stellia my favorite closed-back design headphone?

At this initial stage, yes, the Stellia is one of my closed back headphone favorites and is at the top of the heap for sure.

I did all of my headphone comparisons the last few days to the Utopia. I plan to compare to some of my favorite closed backs as well and I will continue to add to this review. The Fostex TH900 Mkii has been my go-to closed back headphone for many years and for the $1599 price point, they are hard to beat. I love them, they are non-fatiguing to listen to for hours on end and they are super comfortable. The Sony MDR-Z1R as well and I love these headphones but primarily for dance music like EDM, Trance, etc. Neither of these headphones are in the same domain as the Sony MDR-R10 by any means, but they are great closed back headphones.

Details on the Stellia build quality.

I'm sure headphone looks will be a 50-50 split with the general public, but for me, these are one of the most beautiful headphones I have ever seen. I like the look of the Stellia more than the Utopia. I thought the Elegia look and design was fantastic but the Stellia takes it up a notch. 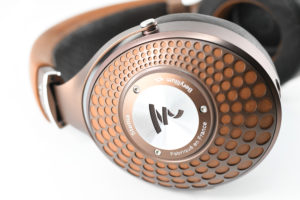 The outer cup plate is stainless steel and has a spiral pattern of small to larger hole dimples. This plate is actually placed over the same leather as used on the headband. The leather on the headband is so soft and comfortable and very similar to the lambskin leather earpads used by Ultrasone which I have always loved. It is a full grain leather called Cuir Pleine Fleur. As an American, I simply can't pronounce that one but there's definitely no cheap pleather here, it is a luxury leather for sure. 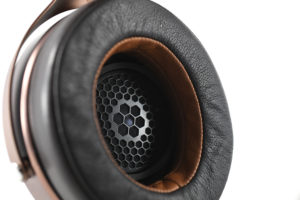 The inner part of the earpad closest to the driver looks to be the same material as the Utopia but the second level and outer level of the pad is not perforated like the Utopia thus providing more encapsulated sound and isolation. The memory foam I would imagine is the same in the innards.

Focal did not go with carbon fiber, like the Utopia, on the yokes. The yokes are the same as the ones used on the Elear, Elegia, and Clear headphones most likely so they could match the bronze anodizing of all the metal parts. The Stellia continues with the 3.5mm cable connection on the cups. I wished they had used the Utopia connector but I understand the change as the 3.5mm is becoming more common in the marketplace and it gives you the ability to use your upgrade cables with more headphones in your collection. 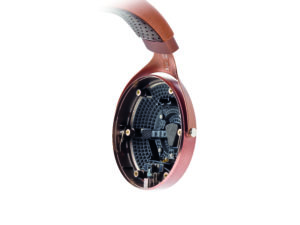 The inner cup uses the same pyramid style diffusion technique as the Eligia to deal with standing back waves. The rigidity reduces resonance and standing waves. I noticed that while the depth of sound from my ears is not as deep as when listening to the Utopia, yet the sound field is taller both up and down when compared to the Utopia. I would imagine that this has to do with the pyramid acoustical back wall of the cup throwing the sound in these directions thus creating a taller sound as well and a larger field both to the front and to the back of the head.

To me, the Stellia sound is closer to the ear versus the Utopia. The Utopia is not taller like the Stellia but it is thrown out farther from the head away from your ears providing a deeper sound stage. These are examples why there is always a trade-off to each headphone design and it also gives an excuse for audiophiles to add another one to their collection, if they really need one, that is.

Both the Elegia and the Stellia incorporate a dampening system on the rear venting port of the driver. This can be seen by the small mesh opening on the center of the cup under the Focal Flame Symbol. This releases the energy of the driver to compensate for the frontal movement in the closed volume of the cup. This helps produce a larger Xmax or excursion, resulting in a more controlled bass response and because the port is filtered and small there is very little leakage. While the Utopia is an open back design, basically an infinite baffle design, the back of the driver is also vented but with a much larger opening.

The Stellia headphones come with the same carrying case as seen with the Elear, Elegia, and Clear. It is a copper or bronze color to match the headphone and it also includes a nice larger leather case for storage plus the cables are also included. This is more of a statement enclosure for this headphone price point.

The Black Dragon smooths out the top end while maintaining clarity. It provides a fuller sound presentation and more weight to the sound. Unless you have a pretty warm tube amp driving either of these I don't feel the Silver Dragon would be the right mix unless you what hyper detail. A 2A3 or 300B amp might benefit from the Silver Dragon. Now on the Clear, Elegia and Elear, the Silver Dragon makes more sense as these headphones are warm and not as analytical as the Utopia and Stellia.

The short and skinny of my review is if you like the Utopia, but you need a closed back version, look no further as it is here with the Stellia headphones. Please let us know if you have any questions we can answer, and happy listening.