Focal, the French speaker maker, blows up what the word “headphones” means with the new Utopia headphones. After spending several hours with Focal’s “Beryllium M-Shaped Drivers” a few things were clear. 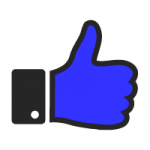 Focal’s Utopia headphones are the best cans I’ve heard and I own a pair of Shure KSE1500s and Fostex TH900. Thanks to friends at Moon-Audio.com, I’ve listened to great headphones such as Sennheiser HD800s, HiFiman HE1000, and Audeze LCD3. Those great cans were worth $500 less when Focal introduced Utopia. Even the phrase “headphones review” is changed by the experience of listening to such a musical utopia.

Focal’s open back Utopia headphones don’t sound like headphones. They sound like speakers on your ears. Even the typical ideas struggle. While it is true the Utopia’s are “open back” headphones the sound is so encompassing, clear, and seductive your brain shuts off anything not related to the Focal Utopia experience.

And there was NO ear fatigue or brain saying, “Make it stop”. Just the opposite. I tweeted I’d spent an hour with a pair of Focal Utopia headphones when I’d actually spent two hours. The “Utopia experience” is so seductive, warm and surprising it’s like a drug.

I adjusted Moon Audio’s Focal Utopia’s once moving the cans down one notch on their fit ladder. These headphones FEEL amazing, comfortable, and even pleasing. I forgot about them quickly and completely. It wasn’t like I was wearing headphones.

The closest musical gear experience was back in the day. I had a pair of Kef 104.2 speakers, a Heybrook preamp and B&K amps feeding music from a VPI turntable. It’s no mistake. The Utopia’s are headphones that sound like they were made by speaker craftsmen.

I listened with Moon-Audio.com’s Black Dragon cables, cables they now sell around the world and Drew’s cable creation for Focal’s Utopia’s are almost immediately one of Moon’s best sellers. I could hear the warmth, clarity and soundstage Moon-Audio.com and Drew Baird’s Dragon audio cables create. My iPad Pro and the cloud as one music source with Spotify premium the other. Spotify the streaming music service has NEVER sounded better.

Sitting in a comfortable chair in Moon-Audio.com’s “listening room” Focal’s Utopia headphones shifted my experience of and expectations for headphones. The music changed too. I heard FUNK worthy of George Clinton and Parliament Funkadelic in Radio Clash, some Michael Jackson oddly enough in the Clash’s Lost in the Supermarket, and wild human screams matched by Mick Jones screaming lead guitar in London Calling.

My notes from the half an hour I spent on the Clash included, “Not missing a thing and so much more there”, “blues and funk coming through albeit on speed”, and “crystal clear vocals”. Utopia’s vocal clarity is an order of magnitude better than anything I’ve heard or own. Here’s how Headphone.com explained the epic monk-like clarity.

"Just to be clear from the very outset, we have not heard another headphone with this level of accuracy, smoothness, dynamism and just plain fun combined into one. Every experienced reviewer on our headphone.com staff seemed to catch a case of slack jaws and far-away eyes when they first put the Utopia on their noggin. With the Utopia, Focal has hit it so far out of the park, we're not even going to look for the ball.”
Ref: Focal Utopia Headphone Review

I listened to music I’ve heard hundreds or even thousands of times hearing something new with each beloved track. 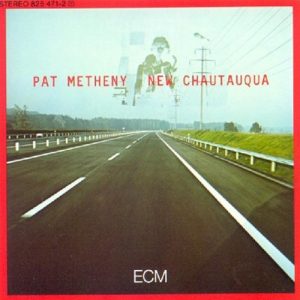 I heard the On The Road Again story in title track closing my eyes drifting toward a new Chautauqua. I recalled visiting the Chautauqua Institute in upstate New York one “on the road again” summer. Chautauquas were turn of the century adult education programs I wonder why we ever let slip away. Metheny and Utopia created movement, inspiration, and joy. 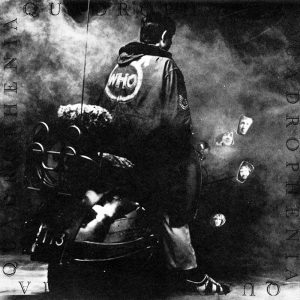 Quadrophenia by the Who

Hard to think of early seventies rock and Pete Townsend as operatic, but, thanks to Focal’s Utopia cans, we hear a “group” of individual powerhouses telling a magical, coherent, and ROCKIN’ story. The waves and rain at the beginning of I Am The Sea and the seamless transition to Townsend’s power ballad in The Real Me is epic, stunning, and opera-like if that’s possible without pretension in rock music. 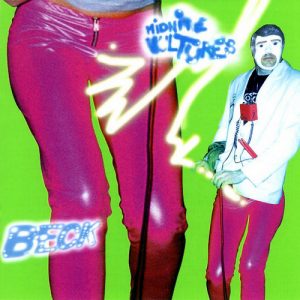 Really HEARING Beck for the first time thanks to Focal Utopia brings Dylan and Monk to the front. “Kremlin mistress” is only one Beck’s Dylanesque example. The knife sound on Pressure Zone is stunning, surprising and epic. Beck’s highly sampled music moves around, grows in dimension and complexity fast and without warning and Focal’s cans were never behind, distorted or anything other than as clear and prescient as the sound of snow falling at night.

I could add hearing the gospel in Dylan’s Stuck Inside of Mobile with the Memphis Blues Again or how Miles’ trumpet mute never sounded better but you get the idea. Focal’s Utopia changes your music. You hear MORE, BETTER, and will be surprised and astonished.

Focal’s new cans cost $4K if you can find them. Some initial supply limits seem to be easing. If you don’t love music and gear Utopia’s price is a bridge too far. If, on the other hand, you live in a van down by the river to prioritize your music and gear habits then stocking up on ramen noodles and PB&J while selling everything you can to buy a pair of Utopia headphones is a good idea.

Can I afford a pair of Focal’s magical cans? Not even a little bit. I will find a way. Hey, that’s what they make CCs for right? I’ve learned the hard way how short life is and how much music matters. With Focal’s new Utopia headphones’ astonishing ability to renew, uncover and replay songs, albums and artists I’ve listened to and loved for fifty years I’d pay more and feel good about spending the money. Utopia’s headphones moved, inspired, and surprised me and how often does that happen (answer: almost NEVER :)?