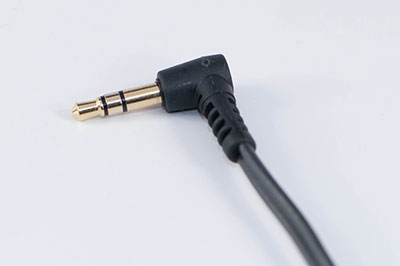 It's easy to plug your Shure SE846 earphones or Fostex TH900 headphones into your iPad, iPhone or Apple laptop.

Adding audio gear such as headphone amps and Digital to Analog Converters is more involved. Moon Audio receives hundreds of emails every month asking how to connect Apple iDevices such as iPhones and iPads to headphones, amplifiers and DACs (Digital Analog Converters).

iPhones and iPads require a Digital Analog Converter with an Apple authenticity chip to pull Apple's digital signal. Some headphone amps and DACs have Apple chips in them and some such as the popular and Moon-Audio.com favorite Chord Hugo do not.

Apple's design means there are 3 ways to connect audio gear such as headphone amps and DACs:

A. DACs & Amps with Apple Chips

These DACs and headphone amps are manufactured with Apple authenticity chips so they can pull digital signal (music) directly from iPhones and iPads.

We also love and highly recommend the Chord Hugo DAC and headphone amp. Chord Hugo doesn't have an Apple chip at this time. Chord Hugo cannot connect directly to Apple iPads and iPhones.

Connect your Chord Hugo to your iPad or iPhone with audio cables in 5 easy steps:

Until Apple improves its Bluetooth technology, we do not recommend connecting Chord Hugo via Bluetooth. Crazy to pay for the best headphones and audio gear and only to listen to inferior sound. There may be places such as your car where pairing an iPhone with your car's stereo is acceptable. At this time, we don't recommend Bluetooth as a means for connecting amazing pieces of audio gear such as the Chord Hugo.