What is a Headphone Driver?

If you're a headphone enthusiast, you've likely heard terms like "dynamic," "planar magnetic," and "electrostatic" to describe your favorite cans. But do you know where these names come from? These terms actually derive from the type of driver used in the headphone.

Drivers are small devices inside your headphones that deliver sound to your ears. Each ear cup houses one driver. Drivers transform electrical signals into audible sound waves that are pushed or "driven" to your ears. Think of drivers as miniature speakers. 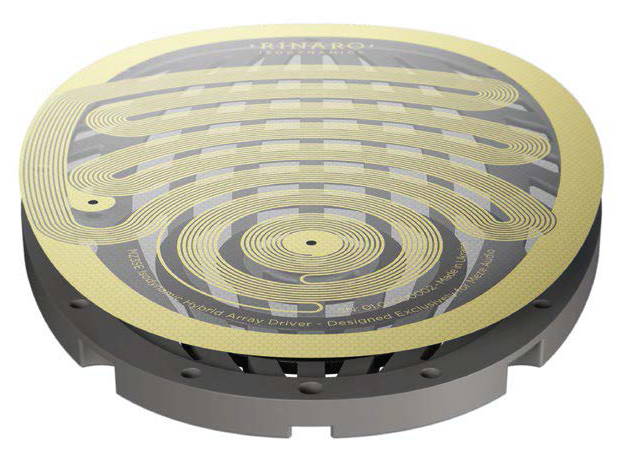 While each driver type has the same ultimate purpose, they don't all work the same way. Dynamic and planar magnetic drivers, for example, function through the principle of electromagnetism. Electrostatic drivers, meanwhile, function through the principle of static electricity. But all drivers have one thing in common: They produce sound by transforming vibrations into sound waves. Put another way, they convert electrical energy into mechanical wave energy.

Is a Bigger Headphone Driver Better?

Headphone drivers range in size from 20mm to 50mm in diameter. Many people believe the bigger the driver, the better the sound quality -- and manufacturers don't hesitate to tout driver size. So do larger drivers mean better sound quality? In short, no. Generally, a driver’s size determines the loudness of the headphones. 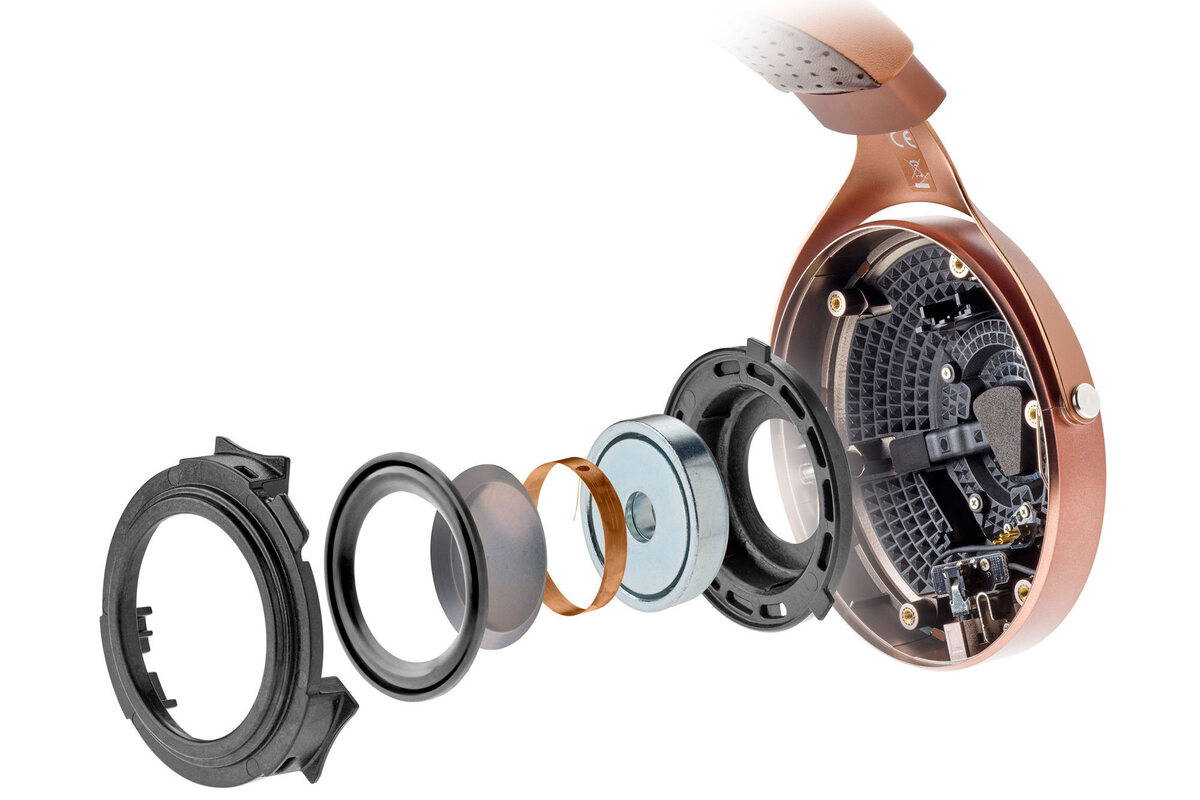 An exploded view of the Focal Stellia headphone driver

So a bigger driver will mean louder sound -- but not necessarily better sound. This is because headphones with large drivers also tend to struggle in reproducing high frequencies.

Now, a larger diaphragm (the part of the driver that moves air) may give you more powerful and cleaner bass, but again, that's not the entirety of sound quality. There are many factors that come into play when it comes to headphone sound quality, including:

Dynamic drivers (aka moving coil drivers) are the most common type of driver, and the least expensive. Able to cover the entire frequency range, they are known for great bass response in your music.

Dynamic drivers include a tiny, stiff, cone-shaped diaphragm connected to a coil of copper wire around a magnet (typically neodymium - a small but very powerful magnet), which magnetizes the coil. When an electrical signal moves through it, the coil creates a magnetic field that causes it to move back and forth (this is why dynamic drivers are also called "moving coil" drivers). Because it is connected to the coil, the diaphragm also moves, displacing the air around it and producing sound. The substantial amount of air displacement is what gives dynamic drivers a good bass response. Also, dynamic drivers usually have vents, which boosts air movement, furthering the bass response.

The downside of dynamic drivers is that because not all parts of the diaphragm move at the same time (ie, the electrical signal moves from the center of the diaphragm outward), a series of events occurs that can cause distortion and loss of resolution, especially at high volumes.

Dynamic drivers are the most common and affordable driver type. Of course, they run the gamut from cheaply made to very well-made. Dynamic drivers in high-end headphones use a frameless coil, meaning the moving piece is much lighter and able to react faster to the signal it's being given. There's no column that the voice coil fits around, which reduces the overall mass.

Known for: Bass response with great punch and slam

Sold out
Add to Cart
Sold out

Add to Cart
Sold out

Planar magnetic headphones (also sometimes called orthodynamic) are known for their deep bass response. This is due to a large amount of air that goes through the driver thanks to its large surface area and powerful magnetic force. Another benefit of these drivers is that sound vibrations are evenly distributed across the diaphragm, meaning distortion is minimized.

Unlike dynamic and planar magnetic drivers that operate through the principle of electromagnetism, electrostatic drivers work on the principle of static electricity. Electrostatic drivers contain an extremely thin, nearly weightless diaphragm (usually made from PET film) suspended between two metal plates called stators; these plates are perforated to allow airflow. One plate is positively charged and the other is negatively charged. An electric field is created when a sound signal is applied to the plates. The electric field draws and repels the diaphragm to and from the plates. Vibrations occur as the diaphragm pushes and pulls against the plates, and air is pushed through the perforations. This, coupled with the continuously charged electrical signal driving the diaphragm, produces sound waves.

Electrostatic drivers are known for lending excellent detail and treble extension and wide frequency response. Because the diaphragm is uniformly charged by the electrostatic field (allowing sound vibrations to be distributed uniformly across it), distortion is minimized.

Electrostatic headphones must be used with an appropriate electrostatic amplifier or energizer (energizers connect to the outputs of a loudspeaker amplifier) to operate. The energizer will have to have the appropriate bias voltage to "excite" (or charge) the drivers. 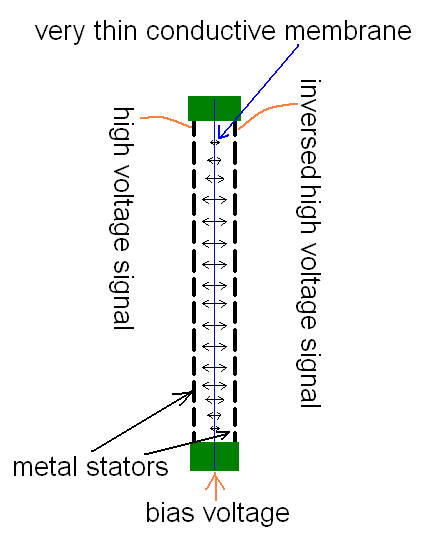 Sold out
Add to Cart
Sold out 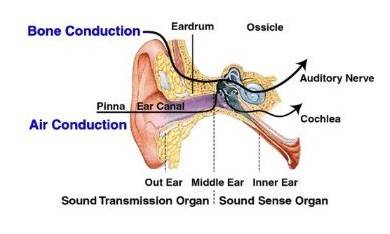 While primarily used in traditional loudspeakers, ribbon drivers allow for a unique on-the-head use case. Ribbon drivers feature an ultra-thin and flexible aluminum diaphragm (the "ribbon") suspended between two very powerful magnets. While the ribbon is secured at the top and bottom, it is able to move along its edges. Power from the amplifier is applied across the ribbon, which develops a magnetic field. The field opposes and attracts the adjacent magnets and drives the ribbon evenly over its whole surface. The ribbon moves, pressurizes the air around it, and these sound waves are driven to our ears as music. Low mass and lack of physical suspension are key to ribbon drivers' performance, allowing them to respond to the subtlest of wave formations. As a result, ribbon drivers are highly responsive, detailed, and dynamic. Headphone ribbon drivers don't need an enclosure to provide lower bass frequencies the way dynamic drivers do.

What is a headphone driver unit?

The driver is the most integral part of your headphone, as it creates the sound that you hear. Drivers transform electrical signals into audible sound waves that are pushed or "driven" to your ears. Think of drivers as miniature speakers. A pair of headphones will feature one driver per ear cup. Dynamic drivers utilize a voice coil, magnets, and a stiff diaphragm, whereas planar magnetic drivers use magnets and a thin diaphragm. Electrostatic drivers feature a thin diaphragm between two metal plates called stators.

What are the six headphone driver types?

Which driver type is best suited for you?

The type of driver used will affect the sound of your headphones. For example, dynamic drivers tend to have good bass response due to the amount of air moved by the driver's diaphragm. Planar magnetic and electrostatic drivers tend to have lower distortion because sound vibrations are evenly distributed across the diaphragm. Dynamic and planar magnetic headphones are going to have better bass response, and electrostatic drivers tend to highlight the higher frequencies. But driver type in and of itself is only one aspect of a headphone's sound. Headphone cup design (open or closed), ear pad material, the materials used in the driver, and the way a headphone is tuned will also have an impact. Check out our Headphones 101: How to Pick Your Perfect Pair for tips on finding the best headphone for your listening preferences and lifestyle.

Many manufacturers would have you think that a bigger driver automatically means better sound. That's not exactly true. What is true is that a larger diaphragm (the part of the driver that moves air) may produce cleaner, more powerful bass, but may also struggle with higher frequencies. Headphone drivers range in size from 20mm to 50mm, and there are great-sounding headphones at either end of that spectrum. One thing to keep in mind is that the overall mass and thinness of the driver's diaphragm will influence sound quality more than the size of the driver per se. The thinner and lighter the diaphragm, the faster the sound and the lower the distortion.

What is a headphone driver diaphragm?

The diaphragm is the part of the driver that vibrates to create sound waves. Put another way, its job is to convert mechanical vibrations into sounds. Dynamic drivers use larger diaphragms attached to a voice coil. Planar magnetic drivers use large but thin diaphragms, while electrostatic drivers use small, thin diaphragms. In planar drivers, the diaphragm rests between the magnets. In electrostatic drivers, the electrically-charged diaphragm that’s placed between two conductive plates or electrodes. Diaphragms are sometimes called cones, although they are not always cone-shaped. Examples of diaphragm materials are titanium, aluminum, biocellulose and beryllium.