Ah, new headphones. From the excitement of unboxing to the delicious anticipation of that very first listen, it's a thrill that never gets old.

That thrill has been ever-present from the moment the new Focal Celestee landed on my desk.

I had the pleasure of reviewing the limited-edition Focal Radiance headphones just a few months prior; you can read the review here. To bring you up to speed quickly: The Radiance is a joint venture of Focal-Naim and Bentley Audio. The closed-back Radiance features a re-tuned version of the driver that was in the discontinued Focal Elegia headphone as well as an enclosure change. The limited-edition Radiance is a decidedly warmer and more musical-sounding headphone than the Elegia..

The new Celestee features a different re-tuning of the Elegia driver and will permanently take the place of the Elegia as Focal's entry-level closed back headphone.

Of course, entry-level for Focal is a darn fine place to be. Focal makes some of the finest headphones in the world, infusing them with technology that draws on their decades of research into speaker drivers. Since the release of the open-back Utopia headphones in 2016, Focal has compiled a collection of amazing, high-quality, great-sounding headphones that are enjoyed the world over. 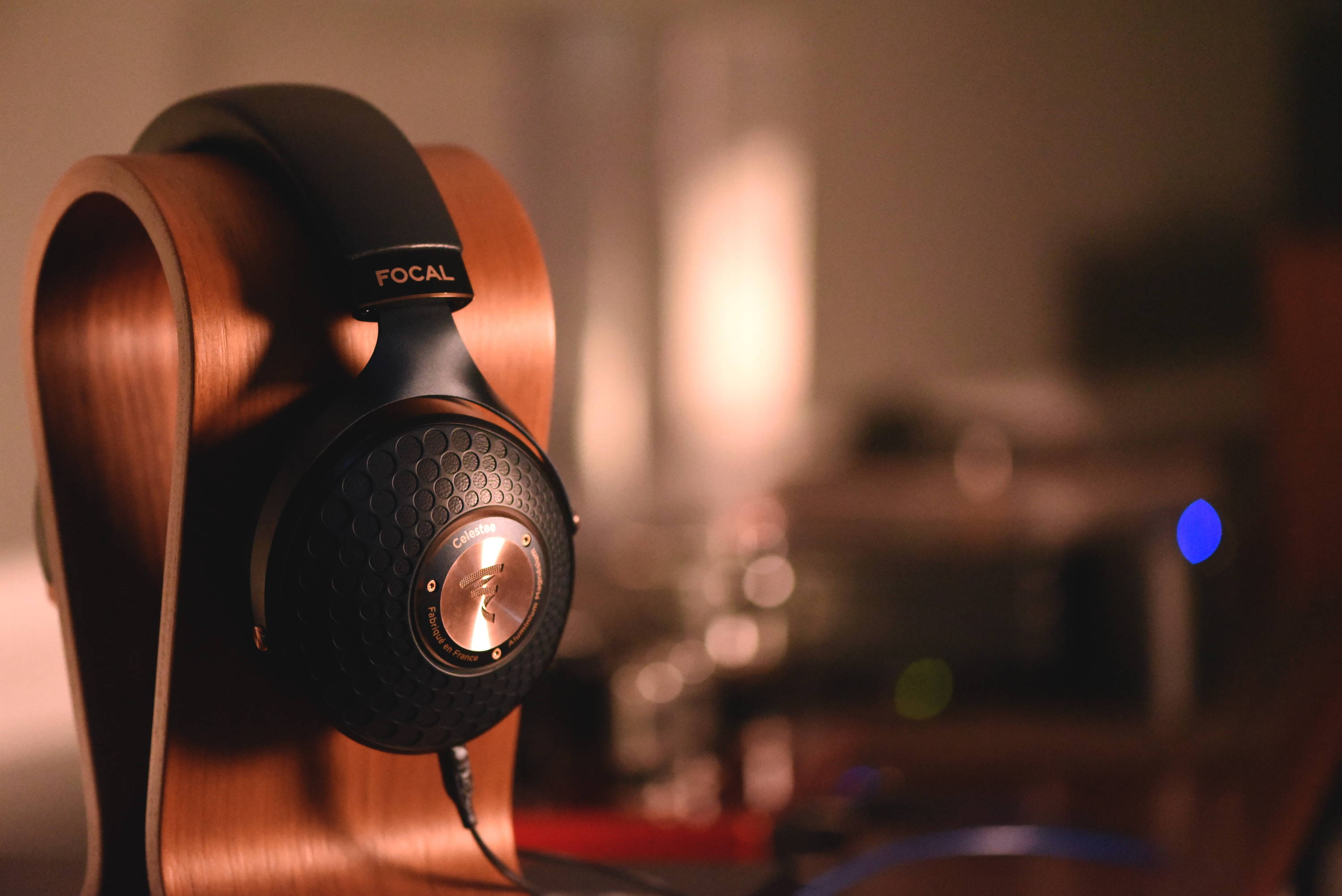 I know, I know. Looks aren't everything. But when something catches your eye, there's no denying it.

When I first laid eyes on the Celestee's gorgeous navy blue and copper design, I was in love.

Coincidentally, I was wearing a navy blue shirt and copper jewelry the day I received the Celestee, and it felt like kismet. I matched the headphones!

Focal chose navy blue after working with a designer and product colorist. It is the first time this blue has been used in the Focal collection, and it blends beautifully with the soft copper finish.

According to Focal, dark blue is a versatile and timeless color that is growing in popularity. The combination of this blue with copper and bronze accents is a trend influenced by interior and accessory design, and has become popular in watchmaking and consumer electronics. These shades offer an interesting and elegant alternative to more traditional chrome and silver parts.

Coloring aside, the Celestee is closest to the Focal Stellia in design, with decorative circular cut-outs on the earcups and leather ear pads.

Now, compared to the Elegia, the outer ear cup pattern on the Celestee has been updated to have similar symmetry to the Radiance.

The ear pads on the Celestee are covered with semi-aniline leather, whereas the Elegia used Alcantara (a suede-like microfiber). Leather increases the coupling of the cushion to around the ear for better noise isolation, and leather cushions help to extend the response in the lower frequencies.

The Celestee's ear pads are very similar to the Radiance, but inside the materials are reversed: fabric and then leather instead of leather and then fabric. This gives a little more absorption in the Celestee and helps to minimize reflections, making it more neutral and less warm than the Radiance.

I know, I know. Looks aren't everything. But when something catches your eye, there's no denying it.

When I first laid eyes on the Celestee's gorgeous navy blue and copper design, I was in love.

Celestee uses the same 1⅝-inch (40mm) dynamic full-range driver with an aluminum/magnesium “M” shape dome as the Elegia, but with different tuning. The driver features a rear port. (Note that most drivers do not have this feature, but Focal drivers do.)

Unlike the Elegia, which had a fully sealed enclosure, the Celestee has a vented port on the outside of each ear cup to ventilate excess energy that can build up inside of closed-back headphones. This allows the driver to move faster, which leads to tighter, more controlled bass. The driver plate is angled toward the listener in an effort to emulate center imaging.

The Celestee is still in the category of closed-back headphones such as Elegia and Stellia even though it is ported. We will call it a semi-closed headphone. The Focal Utopia and Clear headphones are tuned to be used in an open configuration – what Focal calls a low acoustic impedance environment. As a bass reflex for the bigger loudspeaker system, the headphones have room for tuning the back vent with dimensions and damping/diffuser materials. 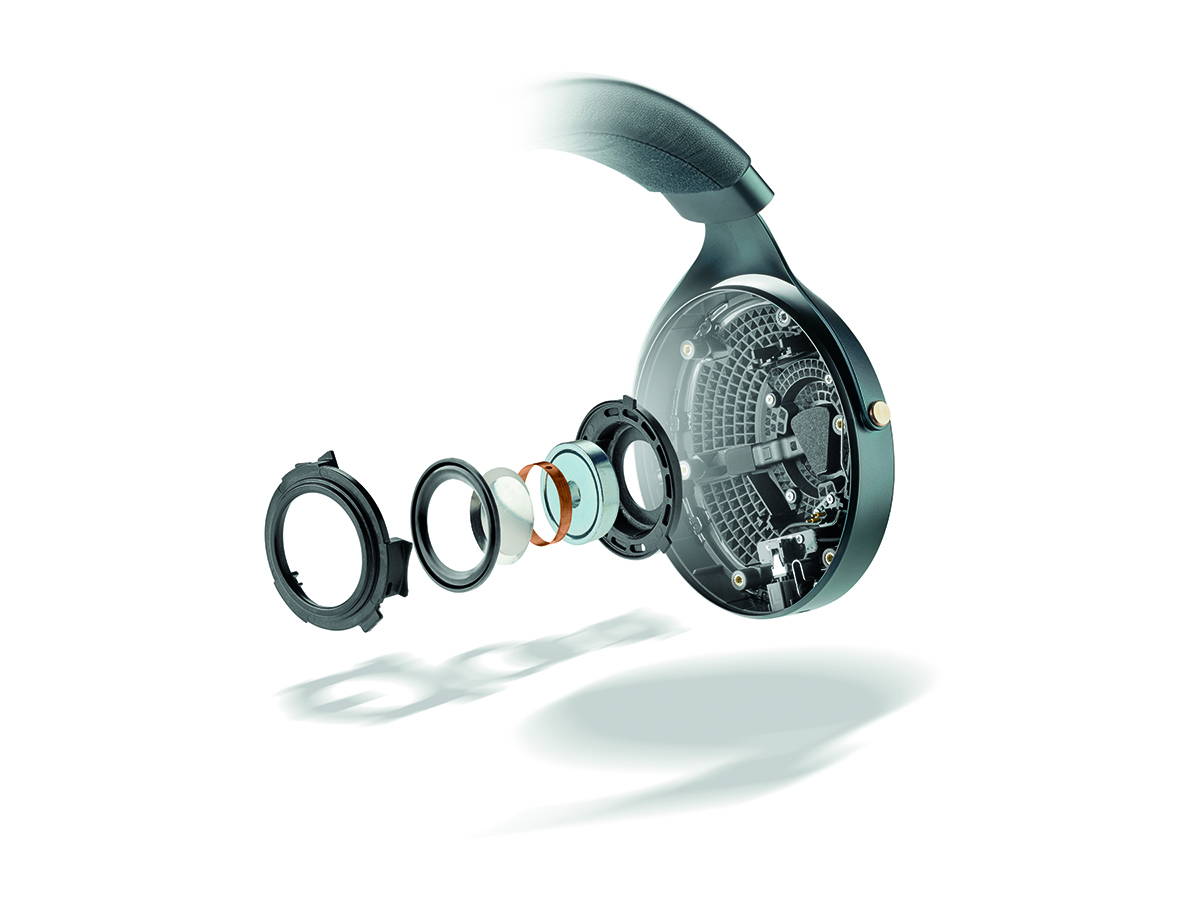 With a frequency response range of 5Hz-23kHz, Celestee goes beyond what humans can hear. Extending the frequency range helps to reduce distortion and noise. Speaking of distortion, the Celestee has a THD (total harmonic distortion) rating of 0.1% @ 1kHz/100dB SPL, which is what you want to see in a high-end headphone. It means that the headphone can only distort 0.1% of the input audio. Sensitivity rating is 105dB SPL/1mW @ 1 kHz. In other words, you'll need less power to drive these, meaning you don't have to turn the volume up as high. Impedance rating is 35 Ohms, pretty common for a headphone. This means that almost any music player, including your smartphone, can drive the Celestee.

Like its predecessor the Elegia, the Celestee has an impedance of 35 Ohms and sensitivity rating of 105dB, making it relatively easy to drive. However, we always suggest adding a digital audio player (DAP) or a digital to analog converter (DAC) for optimal sound. 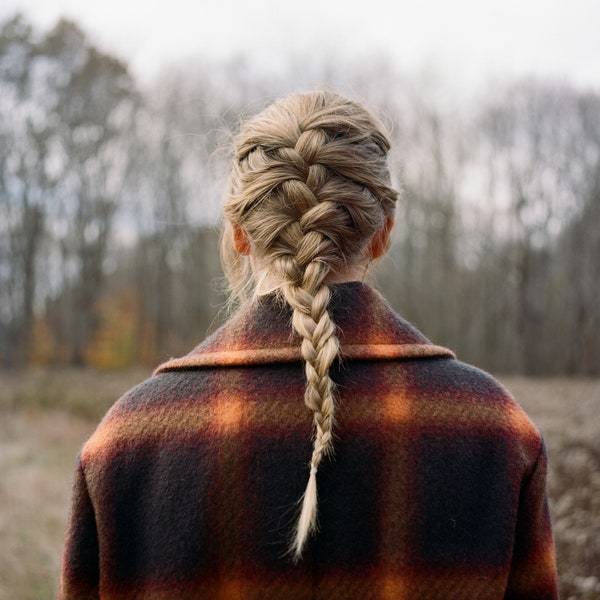 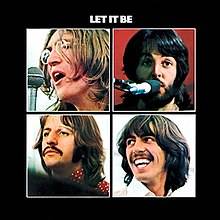 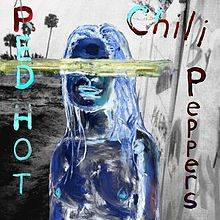 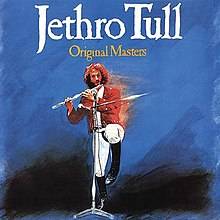 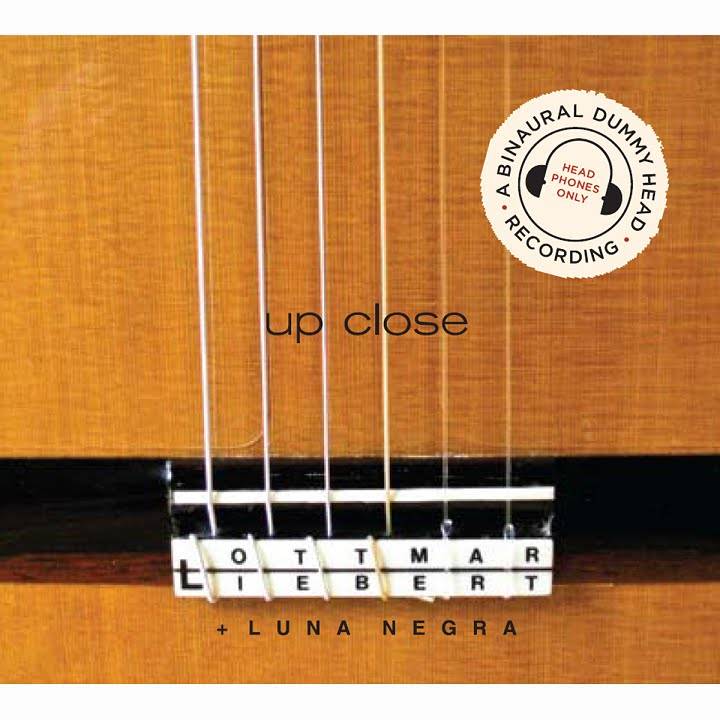 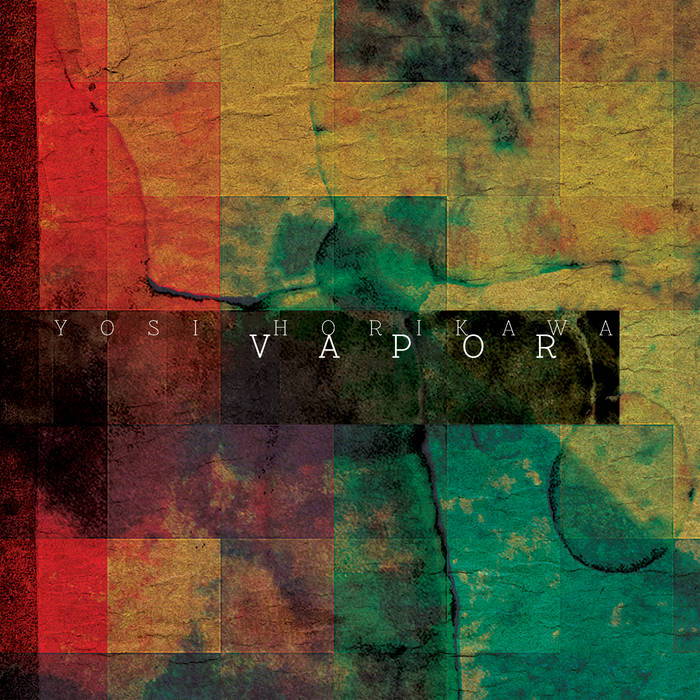 Review setup: I paired the Celestee with the Roon-certified Element X by Matrix Audio music streamer/server/DAC/headphone amp -- a great all-in-one desktop solution that is incredibly quiet. I also traded the Celestee's stock cable for a Silver Dragon Premium Headphone Cable.

The Celestee's sound signature was an instant grab for me: natural and smooth with a touch of warmth. It's definitely warmer than the Elegia, but not as warm as the Radiance. It's just a really nice-sounding headphone that drew me in right away.

Vocals, both male and female, are beautiful and smooth. Taylor Swift's voice on her indie album Evermore is simply stunning, with the Celestee lending a sense of intimacy and emotion to several of these more pared-down, acoustic tracks. Likewise, John Lennon's vocals on "Dig a Pony" were delightfully quirky and authentic.

Speaking of "Dig a Pony," I was really pleased with bass performance on the Celestee. It was rich and punchy but never muddled or bloated. This was true on several of my "go-to" bass tracks.

Some of my more energetic test tracks definitely had a more laid-back sound on the Celestee. One example was "Cabron" by the Red Hot Chili Peppers. However, what really grabbed me here was the gorgeous separation in the strings and upper frequencies that were robust without being piercing. On another of my test tracks, though, from Jethro Tull, I found the flute to be slightly anemic.

I was really pleased overall by the instrument separation with the Celestee. On a track like "Cocteau" by Ottmar Liebert and Luna Negra, I enjoyed layers of crisp, defined sound. Really nice sense of depth and width here, too.

Indeed, soundstage was pretty darn good on the Celestee. I got amazing dimension -- especially front to back -- on "The Three Hunters" from the Two Towers soundtrack. Ditto for "Crossing" from Yosi Horikawa.

Speaking of Horikawa -- a new discovery for me -- his stuff sounded absolutely amazing on the Celestee. On his track "Letter" -- an absolute delight for any ASMR fan, by the way -- I was delightfully overcome by the crisp but gentle cacophony of sound. I really felt the pen reverberate in my body, and the multidimensional sound was simply all around me.

How Does the Celestee Compare to the Radiance?

So the Celestee and the Radiance both use re-tuned versions of the aluminum-magnesium driver from the Elegia. All in all, they are similar-sounding headphones.

They both have a natural-warm sound, but the Radiance's sound is a bit warmer and fuller. The Celestee uses the etched-out Focal symbol on the logo button of the cup with a mesh grill vent. The Radiance logo button is raised, thus using the circumference of the logo button as the vent opening. Vent openings can change the enclosure size the driver will see and thus tunes the sound slightly differently.

Well, most obviously, you get the Bentley logo. You're paying for a product that was a collaborative effort between three companies.

Also, the Radiance comes with three cables, whereas the Celestee comes with one -- a 4-ft OFC 24 AWG cable with asymmetrical 1/8" TRS jack connector. That definitely factors into the pricing.

The Celestee and the Radiance both feature striking copper accents, but the Radiance is black and the Celestee is navy blue. That doesn't affect pricing, but it's something to consider if you're deciding between the two. 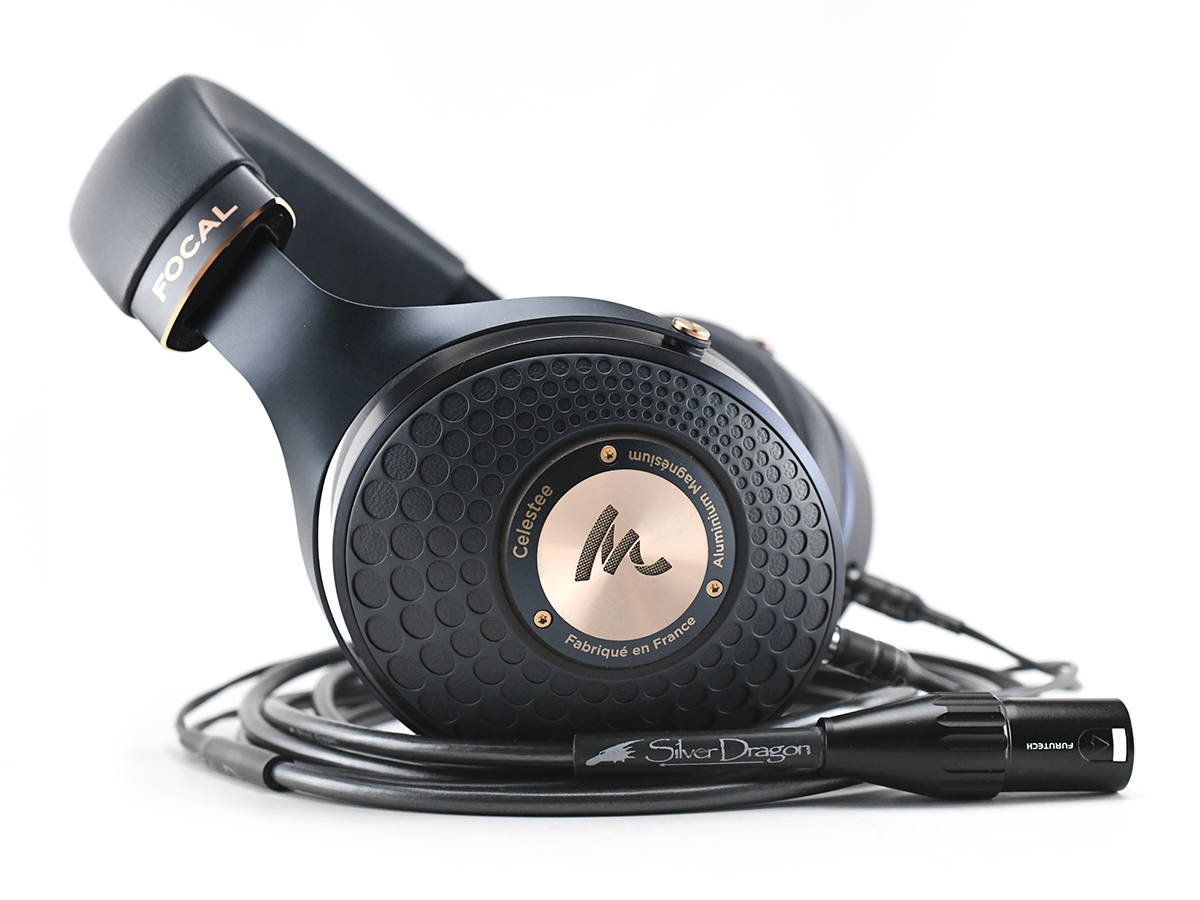 The headphones with Focal's aluminum-magnesium driver tend to have a warmer sound than Focal's beryllium driver headphones (namely, the Focal and the Stellia). For the warmer sound signature, we recommend using a Silver Dragon Premium Headphone Cable.

The Silver Dragon used 4 x 24.0AWG Teflon insulated stranded conductors using pure single crystallized UP-OCC pure silver with 7N purity 99.99998%. This cable beautifully complements a warmer-sounding headphone with a clean and clear sound. The Silver Dragon will enhance detail and clarity, resolution, and top-end sizzle. It will really open the music and expand the soundstage, and is good for finding "lost" mids and highs. The Silver Dragon is also great for instrument separation for listeners who enjoy sound distinction.

Of course, there are no hard and fast rules. If you want to build on the Celestee's warmth, you'd do well with the copper-stranded Black Dragon Premium Headphone Cable, which will enhance body and fullness and give you more of that musical, "I'm there" feeling.

The copper-stranded Blue Dragon Premium Headphone Cable is a great choice for the listener who isn't looking to alter a headphone's sound signature in any way. With the Blue Dragon, you get a calm sound that gives you the neutrality of the Black Dragon with the clarity of the Silver Dragon. You can think of the Blue Dragon as a cleaner for your eyeglasses: You're not altering the lenses; you're just giving yourself the clearest view. We will be making a Blue Dragon Premium Cable specifically for the Celestee.

I adore the Celestee. It really was love at first sight -- and at first listen. Pleasantly natural with a kiss of warmth. For me, the Celestee is the whole package: great sound, eye-catching style, and super comfortable. I wore it for hours at a time on several occasions and had no complaints.

Some people really liked the Elegia; others found it to be a bit too flat. If you have ever listened to the Elegia and are wondering if the Celestee is for you, I'll say this: the Celestee is, in my opinion, a better-sounding headphone. 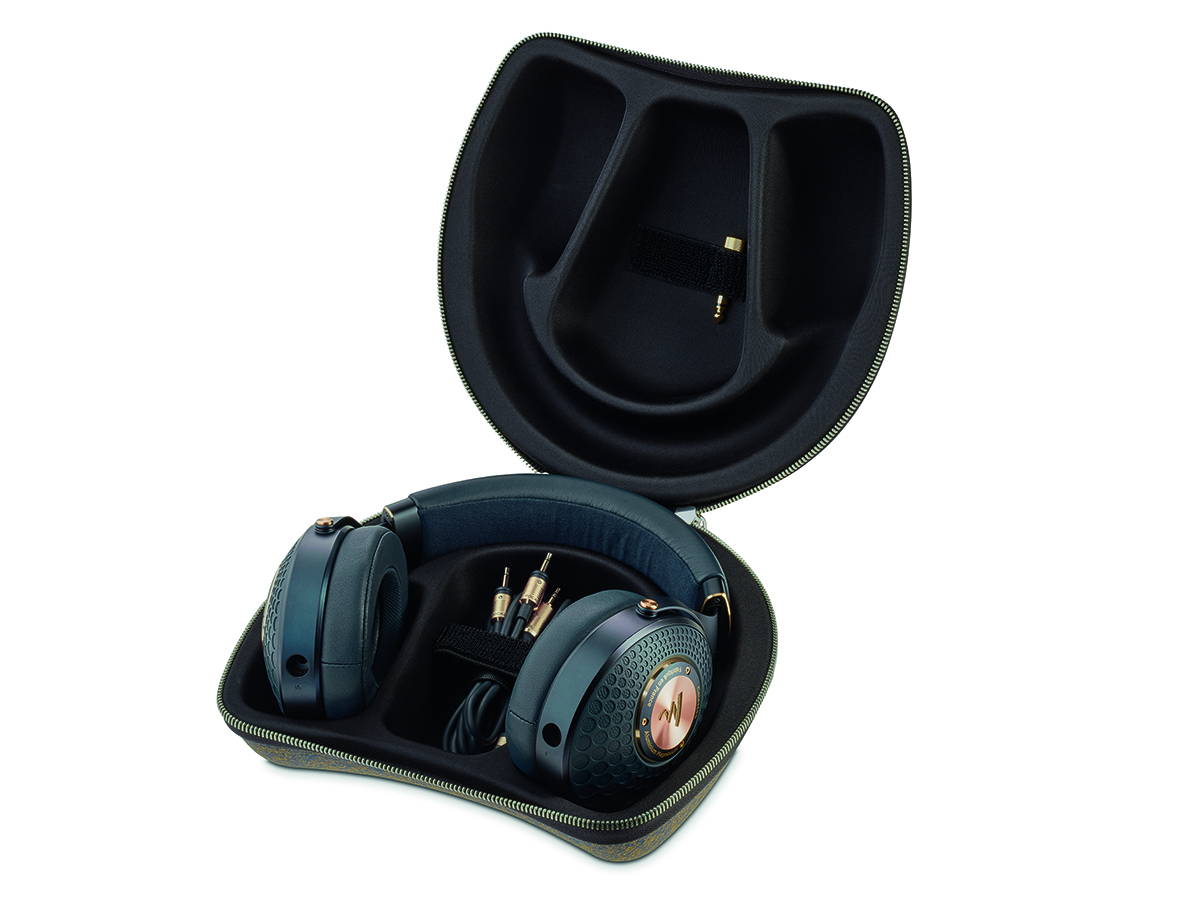 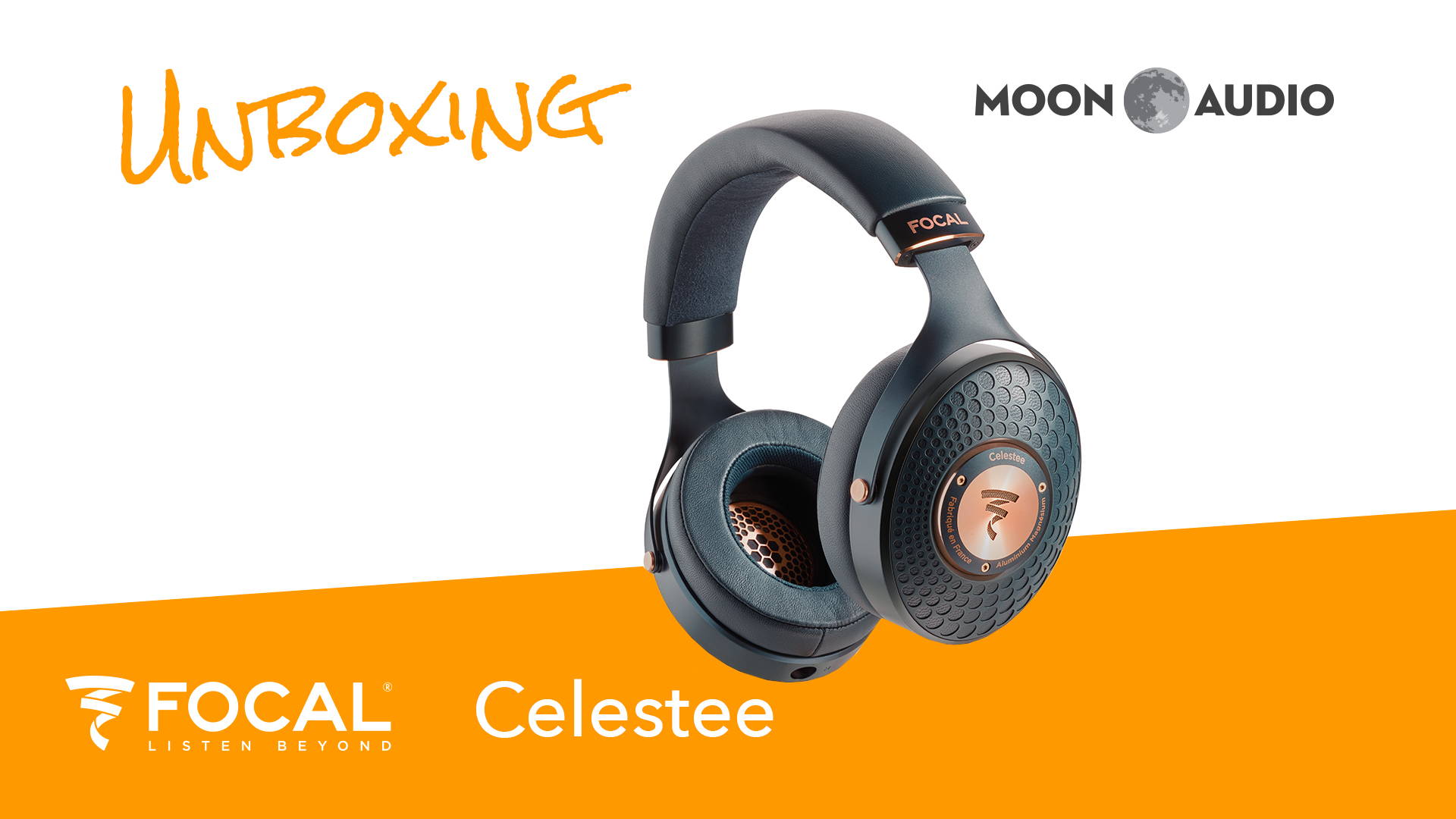 The new Focal Celestee headphone features a re-tuned version of the Elegia driver and will permanently take the place of the Elegia as Focal's entry-level closed back headphone. To learn more and to see up-close footage of these gorgeous navy blue and copper headphones, click the video link.