I'm listening to Chord's new Mojo Digital Analog Converter (DAC) and amp as I write this. I've flown almost 4,000 miles to have THIS musical experience.

My hand trembles a little as I hook Chord's new DAC to an Astell & Kern 120 II media player and a pair of JH 16Pro Freqphase In-Ear-Monitors (IEMs) with our Moon Audio Silver Dragon V1 IEM headphone cable. Here is what I hear...

You would be surprised how hard "dead quiet" is to create. We live in "noisy" times with signals and devices fighting each other for bandwidth and signal strength (why we prefer cables to WiFi). There is a pause in the music and no background hiss. Background hiss was the only Hugo complaint I ever had. On quiet passages, there was a small hiss when listening on high sensitivity IEMs. The hiss wasn't bad enough to not LOVE Hugo's sound benefits.

Detail and clarity are amazing. Music is in perfect control. No sterile-ness to his DAC's sound. Mojo is very musical.

IEM users prepare to be spoiled by Chord's new Mojo. Heck, I think headphone listeners are going to be spoiled too, but the Mojo is SO PORTABLE IEMs come to mind.

My jaw dropped again listening to Chord's new Mojo DAC. The Mojo isn't as long as an iPhone 6 and it is a little more than twice the iPhone's thickness.

I only have one question. How did Chord fit sound quality like this in such a small footprint?

Answer: Rob Watts has done it again! He is the brainchild behind all the digital design at Chord Electronics. 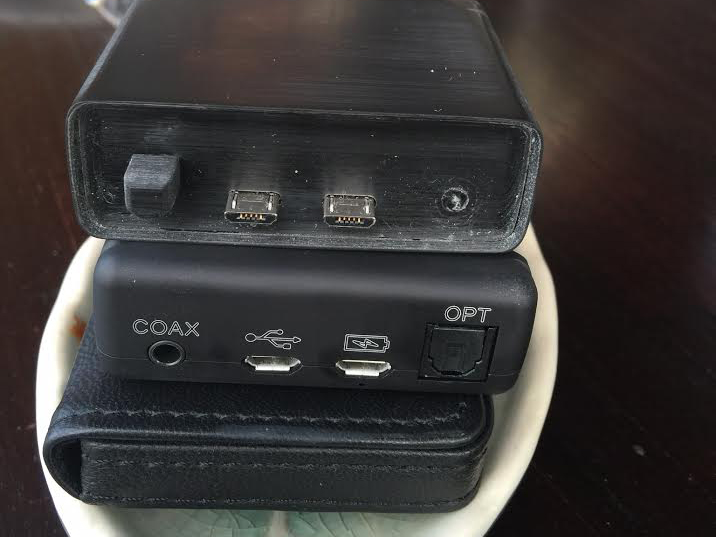 On one end of Chord's new Mojo, there are 2 USB Micro B connections, 1 for charging and 1 for connecting to your computer or iDevice. The Mojo also comes with a Mini 3.5mm Coax digital input and a standard size Toslink connection for digital input from media players such as A&K (Astell & Kern), iBasso or whatever portable media player you have with a digital output.

At the opposite end, Mojo hosts 2 sets of 3.5mm headphone output jacks. On the top of the unit is 3 "scroll balls", almost exactly like the singular scroll ball on the Hugo and the Hugo TT. One scroll ball is for power. You push and hold it to turn the unit on or off. The other 2 are used for volume control. One for up (+) and one for down (-).

Plain simple and effective. Mojo is built like a tank. You will have a tough time breaking this thing. Bullet Proof!! Something James Bond would carry are things that come to mind. Chord's founder James Frank's love of airplane design is front and center again.

I was lucky. Seated at John Frank's table with his lovely wife and daughter I was treated to a sneak peek at a cool Mojo add-on. Chord will have a 4 accessory butt plate that will plug into the end to hold digital connections.

I played with a prototype 3D printed piece. The printed plate swallowed up an Apple CCK cable thus providing a nice and short connection to your Apple iPhones and iPads. 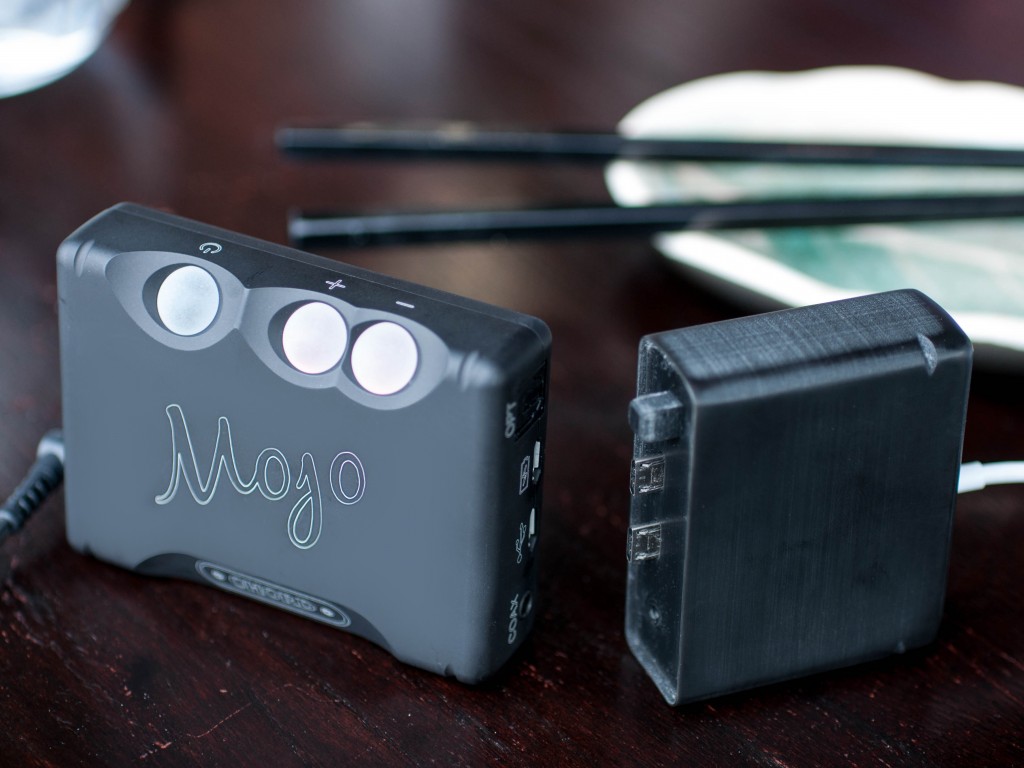 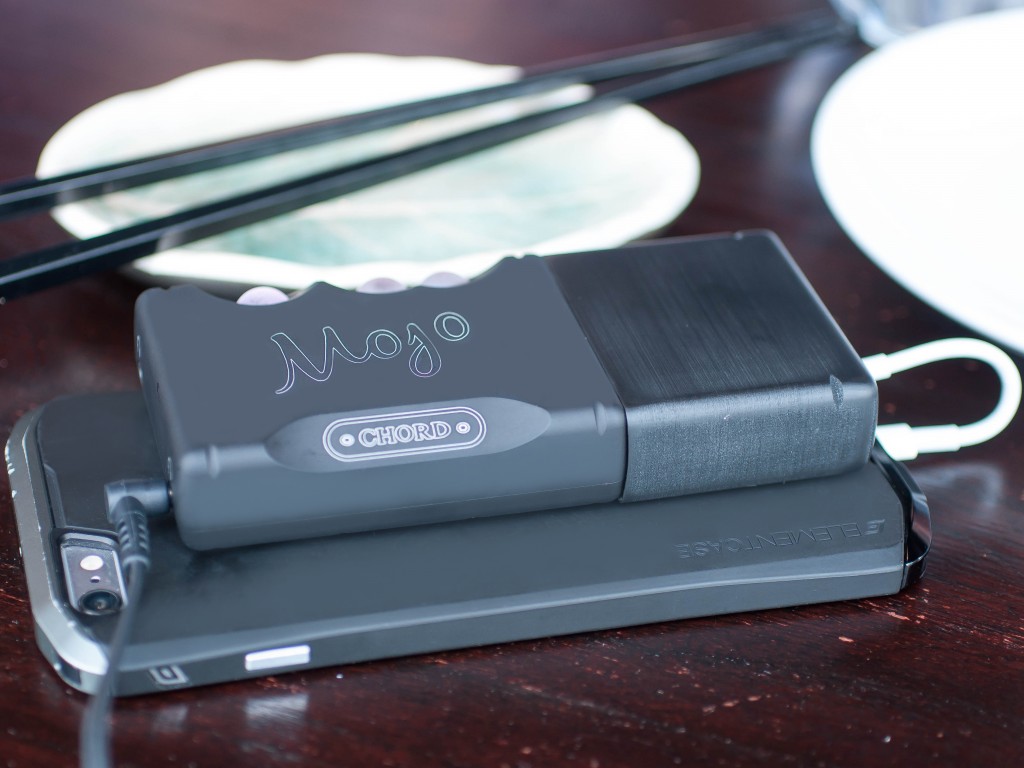 It is cumbersome to use an Apple CCK dongle along with a USB cable to hook up non-Apple MFI certified Amp/Dacs to Apple iPhones and iPads. Chord's new plate solves that pain in a short neat clean way.

These new Chord add-ons will be similar to the Aurender Flow. The Aurender Flow also acts as an external hard drive when connecting to a tablet or computer with a single USB such as the Microsoft Surface. These devices tend to have small internal memory. Chord Electronics'add-onss provide an external place to store and connect music files.