The Bryston BOT-1 upgrades your Bryston BDP-1 or BDP-2 with these added features:

The BOT-1 is not a traditional CD transport as it requires a BDP to operate.

With the world’s largest lossless digital audio library still contained in CDs it’s easy to understand why the addition of CD ripping, playback, and burning to your BDP grants you access to the most music available. At only 5.7” wide, yet sharing aesthetic build quality with other C-Series units, the BOT-1 fits nicely into your rack along side your BDP.

CDs play from the same “Media Player” web-app from which files play. Or, they appear as a playlist in 3rd party apps such as MPad or MPDroid.

CDs are automatically recognized by an internet lookup.

Edit metadata directly from your tablet, smartphone or computer.

Rip to locally attached or network attached storage - where ever you currently store your digital files.

Play without ripping. CDs can be played in real time without the need to rip them to your drives. Great for sampling friends’ music!

No computer or specialized software is required to rip your discs directly to the storage attached to the BDP or your NAS. Once configured with your preferences, rip discs with a single button press.

Take full control over ripping parameters and meta-data using our Manic Moose web interface on your tablet or smartphone, or let the BDP do it automatically and rip with a single button press on the front panel of the BDP.

Bit-perfect ripping is made simple by Bryston's built in interface which automatically looks up CDs, populates track details and album art, and stores them in neatly organized folders on either locally attached or NAS drives.

By reusing the bit-perfect audio engine designed for high-resolution file playback, the BOT-1 can give you the same audible results with CD playback. CDs are temporarily ripped into the player’s RAM where they are read just as if they were stored on a hard drive.

Build great playlists and burn them to CD-R discs to take in the car, on vacation, or elsewhere. Enjoy digital music without being chained to your computer.

With the BDP-2, it’s built in. BDP-1 or BDP-1USB owners can use the BOT-1 with the addition of Bryston's matching out-board Bryston Power Supply, the BPS-3 which independently powers the BOT-1 in order to leave plenty of current left for other USB attached drives. 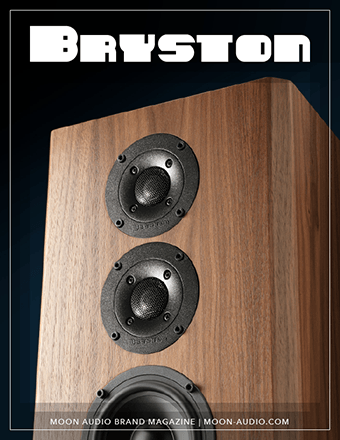