The Roon Nucleus Review by Matthew Patrick for HomeTheaterReview.com was one of the best we've read. The Roon music server concept is new to many audio buyers. Matthew's introduction explains benefits for "Roonies."

The Roon Nucleus and Nucleus + are a company-approved Linux-based Core that allows Roonies (Like Goonies but with DAPS) to maximize the functioning of their NAS and Ethernet-based audiophile two-channel systems.

This network server solves a significant problem for Roon users, in that it does the copious amounts of number crunching required for a Roon system to run smoothly. Both models come with two USB connections and one Ethernet and one HDMI connection. They both include a 2.5-inch SATA SSD and offer space for an optional HDD. The main difference in price between the Nucleus and Nucleus+ involves a slightly faster processor in the +, as well as slightly more RAM.

What this means for most Roon users is those who have up to 10,000 albums or 100,000 tracks should be okay with the Nucleus, and those with more than this should opt for the Nucleus +. There are ways of making DIY Roon-Optimized Core Kits, but for those of us who don't have time, the Nucleus is the perfect solution. 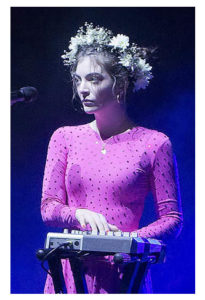 Use HomeTheaterReview.com link above to learn more about Patrick's iPhone, Audioquest, Bryston, and Vinnie Rossi gear. He listened to a variety of music including Lorde and Animals Leaders. Here is what Matthew heard.

On Lorde's "Tennis Court" I hear fantastically smooth transition and gapless playback, with the same quality I've come to expect with Roon. I've used multiple endpoints to evaluate the Nucleus, including the Bryston BDP3, a homemade Raspberry Pi, and two different Google Chromecast pucks. The former two had the edge on the latter two, but in terms of seamlessness they all worked equally well.

On "Arithmophobia" from Animals as Leaders' The Madness of Many, one hears the djent-style guitar wizardry of Tosin Abasi as a thick, luscious wall of sound. Their mix is balanced not too bassy. I don't expect instrumental djent-metal to be well balanced and smooth. Somehow the Roon Nucleus smooths and balances with ease and aplomb.

• For my money, the Roon Nucleus is the absolute best server solution for large Roon libraries. The Nucleus functions seamlessly and almost eliminates cutouts.

• The Nucleus fit and finish meets or exceeds other similar companies such as Aurender or Cocktail Audio.

• The extreme simplicity of the hardware buttons and ease of setup make this unit as idiot-proof as a network attached music server could be.

• This server is so integrated with Roon it's hard work to run with another system. I didn't even try for fear of causing a lethal problem.

• The Nucleus is at the mercy of one's own network, i.e. speed, Wi-Fi strength, etc. One can hardwire the entire system with Cat6 Ethernet, which is what I did, but not everyone has this luxury.

We asked about what Matt meant by "other systems". Jerry at HomeTheaterReview.com let us know he was referring to other music management systems such as iTunes and JRiver. Roon is storage agnostic. It's easy to point to your iTunes or external folders, tell Roon that's where your music resides and include those tunes. Music doesn't have to reside IN Roon's new Nucleus to be played by it.

We love Matthew's second point too - wired equipment sounds better than WiFi. As part of our Roon Ultimate Connection Guide (coming soon), we'll discuss ways to use Roon, routers, and cables to improve your stereo's sound.