Here’s the re-cap of all the cool gear we displayed at our table during this year's show.

Moon-Audio wrapped up the second (and sadly, the last) day of RMAF. We had a great time serving up our demonstrations to all the attendees who visited our table. We had a blast talking to other audiophiles and providing a place for them to truly A/B test our custom audio cable-solutions with high-end headphones, DACs and all things portable audio.

At the Moon-Audio table (Headspace 28), we heard great feedback about all the new products, but it was the QDC Universal IEMs that seemed to create the most buzz at our table. The general consensus we heard from everyone was the new universal IEMs from QDC are all smooth, musical and detailed. Drew Baird, Dragon Cable inventor and founder of Moon-Audio, even went as far as to describe the sound signature of the entire product line for QDC's new universal IEM's as "the de facto House sound." No doubt about it, for the price point, these new universal IEMs by QDC were a big hit this weekend! 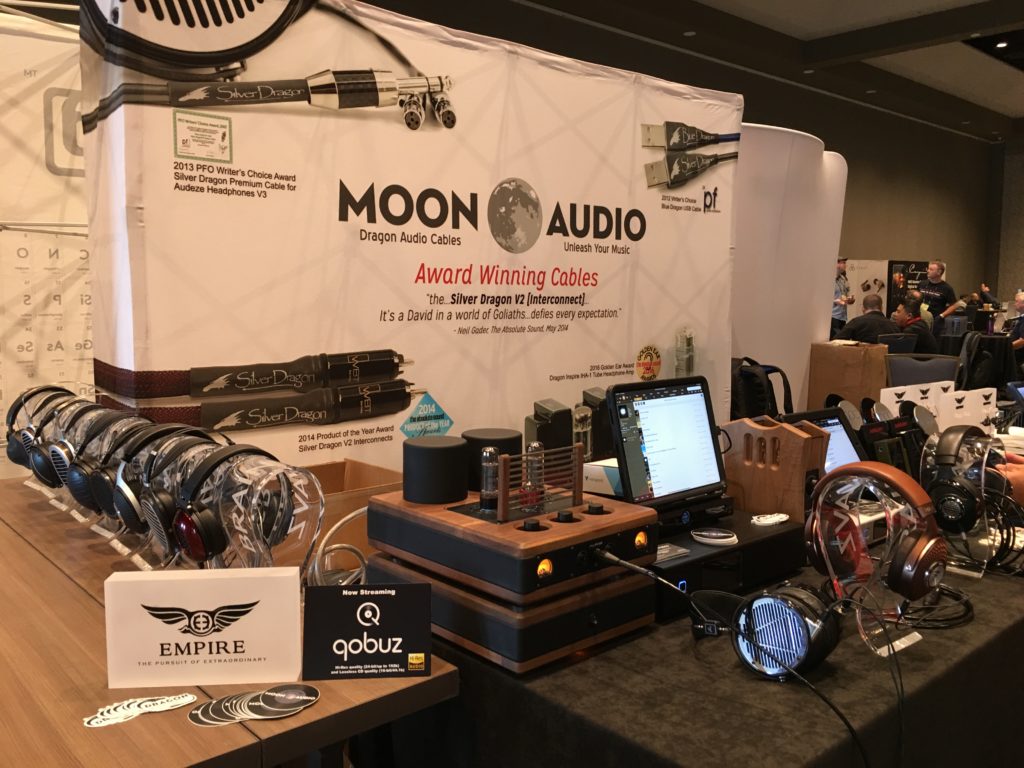 Also, for a limited time,the first 10 QDC IEMs sold by Moon-Audio will receive a Black Dragon audio cable for IEMs included with their purchase. This is a $200 value, so make sure you act fast, since this promotion won't last long! 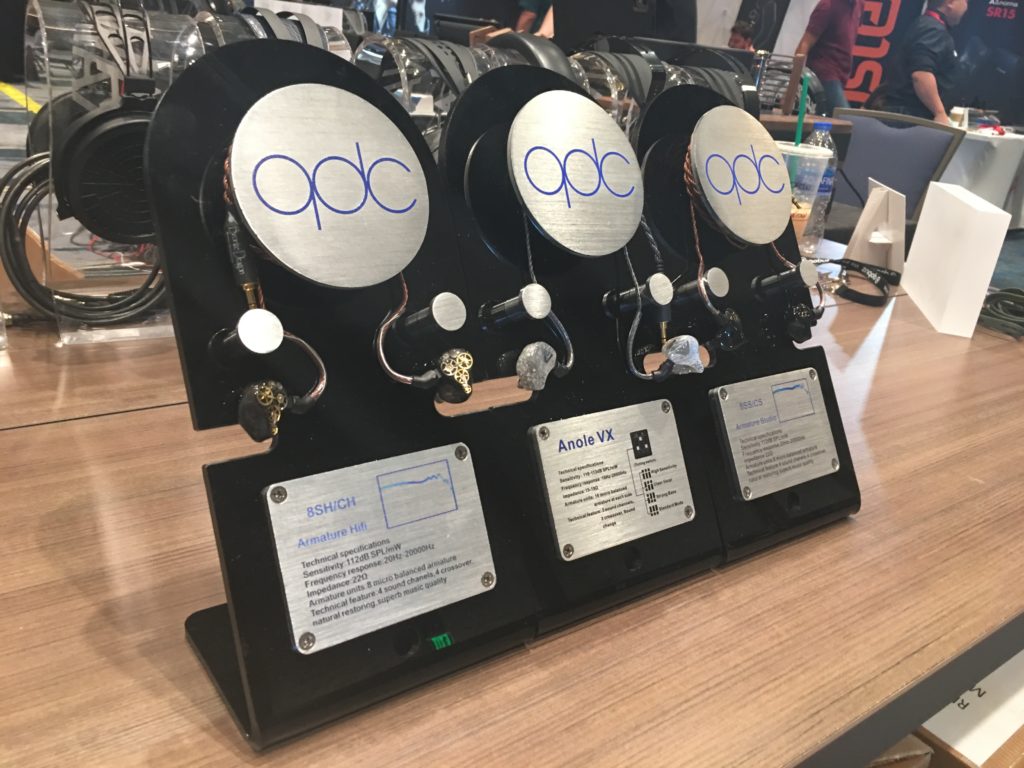 The Sony Walkman is back. Well, sort of. The two new dedicated music players aren't expected to be released until early 2020, but we still have some juicy details to share with you, nonetheless. 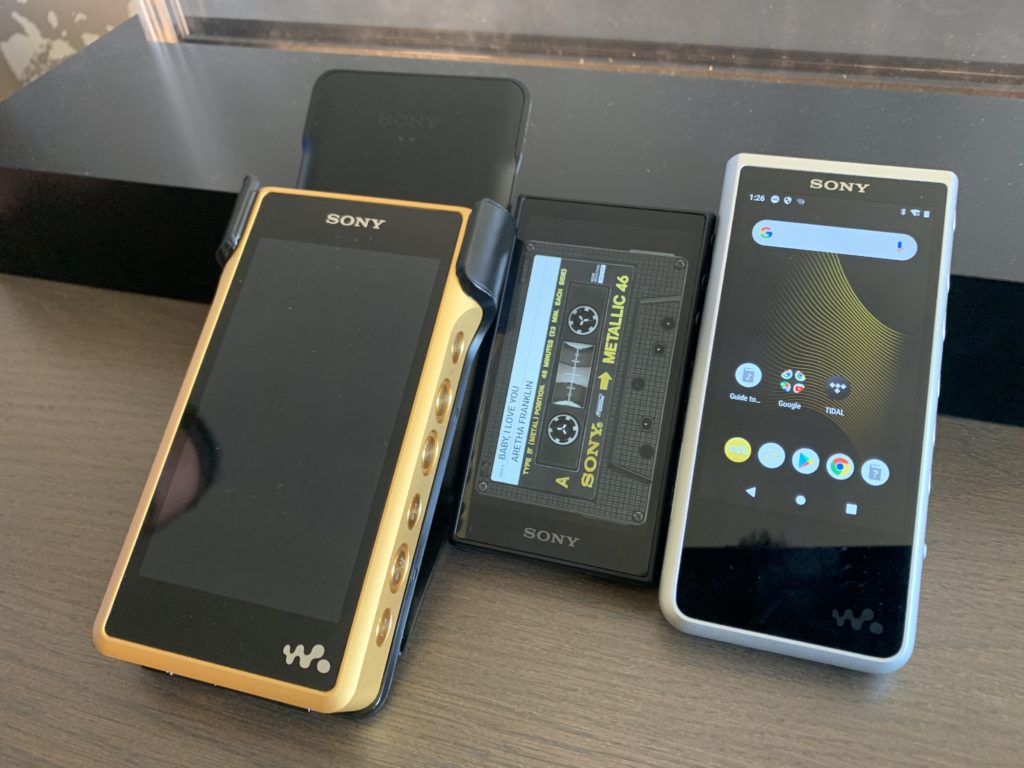 As many audiophiles might remember, the original Sony Walkman TPS-L2 portable stereo cassette player came out 40 years ago. First released in 1979, the Sony TPS-L2 Walkman was the first truly portable personal cassette player and it helped change the way music lovers listen to music on the go. Sony has since released various "throw-back" iterations of its original Walkman, but Sony has gone the extra mile with these editions in celebration of the Walkman's 40th-anniversary.

Now, both new music players will be fully Android-based, so users will now be able to download Google Play apps, including, Tidal, Spotify, Qobus, YouTube, etc. The older NW Walkman iterations were, quite simply, just a single music player app that wasn't capable of downloading or installing other apps on top of its Android-base operating system.

In a nutshell, one of the major upgrades users will immediately notice with both new DAPs is that they are now more like Android smartphones, but without all the distractions that come with a smartphone: essentially fully Android-based music players optimized for higher quality audio.

Both devices will sport Bluetooth and WIFI streaming capabilities as well. So now, users will have access to the streaming services provided by those music streaming apps as well.

Of the two Sony portable players, the Sony Walkman NW-ZX507 is the more premium device. It’s capable of playing PCM files up to 384kHz/32bit, but also contains Sony’s DSEE HX processor, which will upscale lower quality local tracks and music streams too. It’s very much aimed at the uncompromising listener. The Sony NW-A105 will have a single-end output, whereas the Sony Walkman NW-ZX507 will have both balanced and single-ended outputs. In celebration of the original Sony Walkman TPS-L2's 40th anniversary, the Sony NW-ZX507 even sports a "retro" screensaver inspired by cassette tapes. This bad boy retails at $829, whereas its little brother, the NW-A105, retails for $349. We can't wait to get our hands on them. 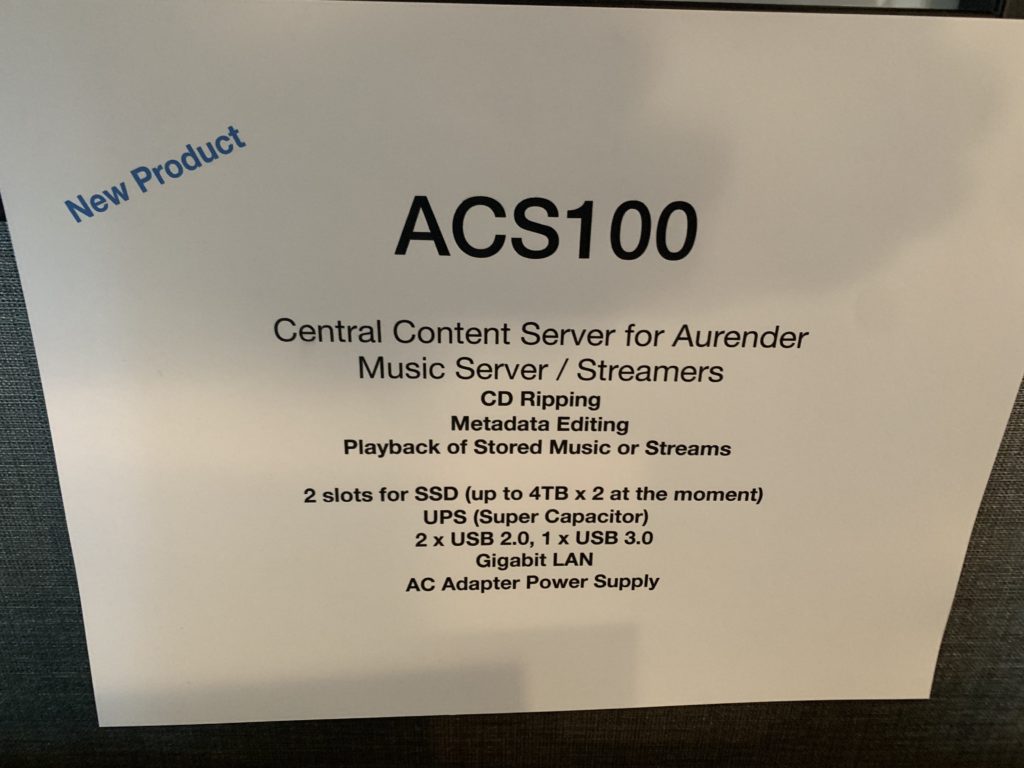 The AurenderACS100 is essentially a little brother to the ACS10. The main idea behind the ACS100 is to allow users to do CD ripping with the ACS10. The brilliance of this product is that it's a smaller, more compact and more affordable way to add to any existing Aurender servers in the home by giving Aurender users the ability to rip CDs. The back of the unit features two drawers for two swappable Solid State Drives (SSDs) up to 4 TB each for a total capacity of 8 TB. This allows the user to swap out SSDs as they become full. The idea here is that you can fill up one 4TB SSD with Blues music from your library, and then swap it out with another 4TB SSD just for Jazz, Classical, Rock, etc. 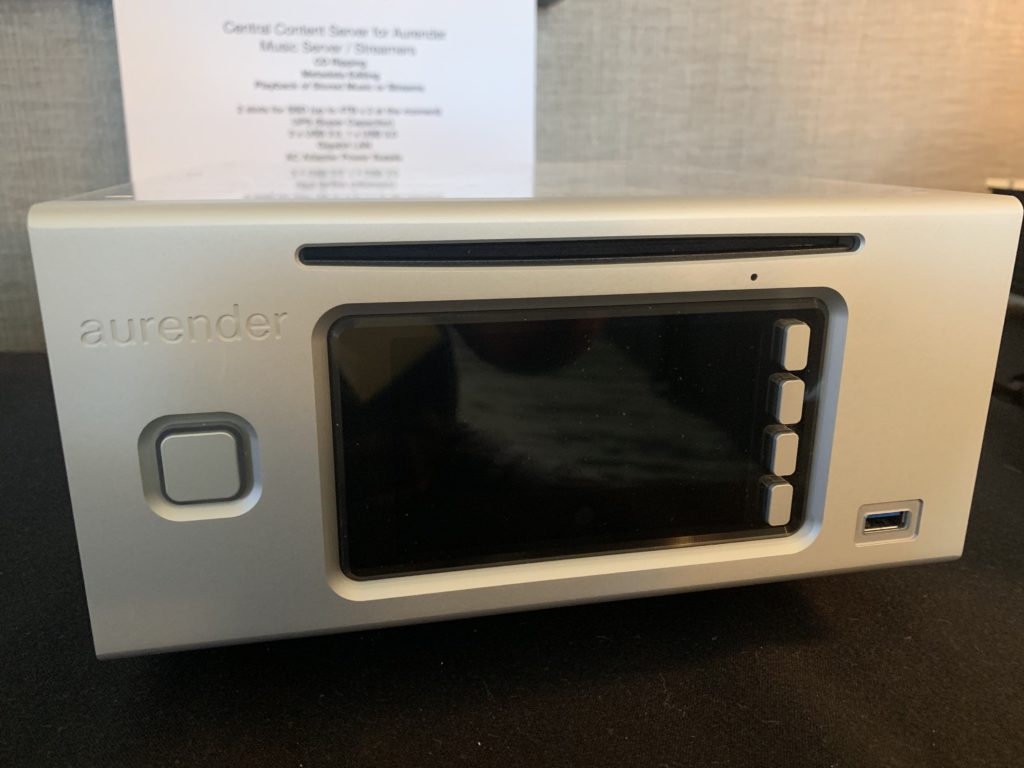 The ACS100's USB output lacks the sound quality of its bigger brother, the ACS10, which includes the ability to perform solid-state caching through a connected USB drive, and then out through the USB output to your USB connected DAC. Instead, with the ACS100, your music goes out directly through either of the two SSDs through the galvanized isolated USB port to your USB connected DAC. Does it sound good? Yes. Is it the same quality as its much more expensive bigger brother, the ACS10? No. However, Aurender is giving more options to end-users at a much lower price point. 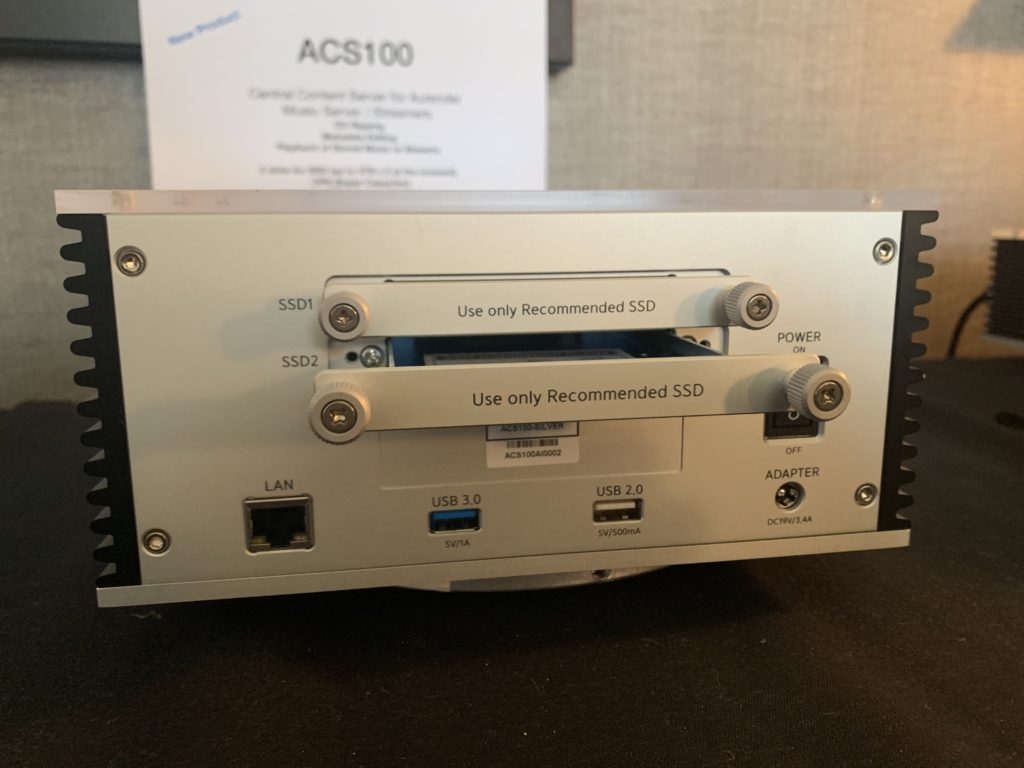 Back of the ACS100 Central Content Server with CD Ripper

On the back of the unit, the ACS100 has a network connection, USB 2 and USB 3 ports with the option to add a 19-volt external linear power supply to enhance the sound quality. The ACS100 also has a slot-loading CD ripper instead of a drawer for loading CDs into the CD ripper like in the ACS10. When we asked the Aurender engineers, "why not make all of the Aurender servers usable with third-party CD rippers?” Aurender’s response made a lot of sense. As it turns out, the quality of the CD-ripping process can't be guaranteed when using CD-ripping devices made by third parties. When it comes to using regular consumer-grade CD-rippers, the quality of the audio isn’t the first priority of most third-party manufactures. Much like Apple designs products to better control the end-user experience through designing their own products in house, Aurender believes that a built-in CD-ripping solution made by the same manufacturer ensures the quality of the CD-ripping process is never compromised. This is why Aurender is making its own ripping devices as found in the ACS10 and ACS100. 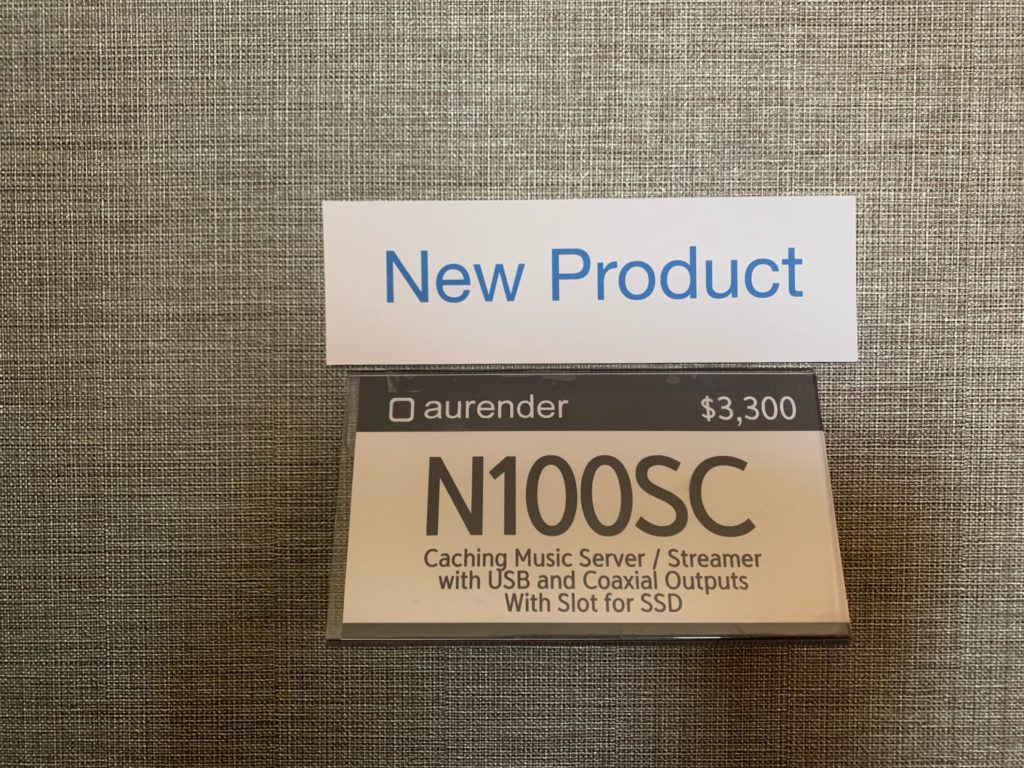 The N100H was essentially a hard drive server-based product whereas the N100C provided USB and coaxial digital outputs in case a user didn’t have a USB capable DAC. With the new Aurender N100SC, a single hard drive drawer like the one found in the ACS100 is added with the same galvanized isolated USB output that’s also found in the ACS100. In essence, the ACS100 is the ripping product paired for the N100SC, and the N100SC would be the dedicated music server and player since it provides a superior sound quality. 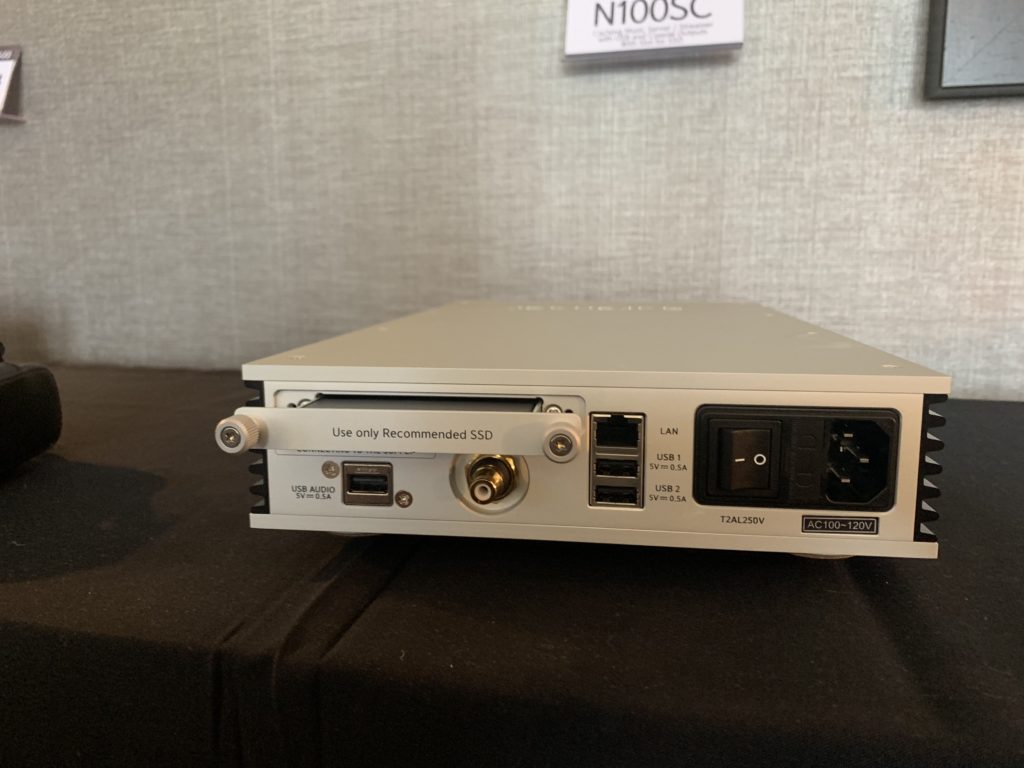 We had a great time this weekend at Rocky Mountain Audio Fest. If we missed you this year, then hopefully we'll see you next year. Until then, stay curious, and please let us know if you have any questions by posting them below. We'll answer them live on the blog. Thank you.

In case you missed it, here's everything we announced on Day 1 of RMAF 2019, and here’s the re-cap of all the cool gear we displayed on our table for this year's show. 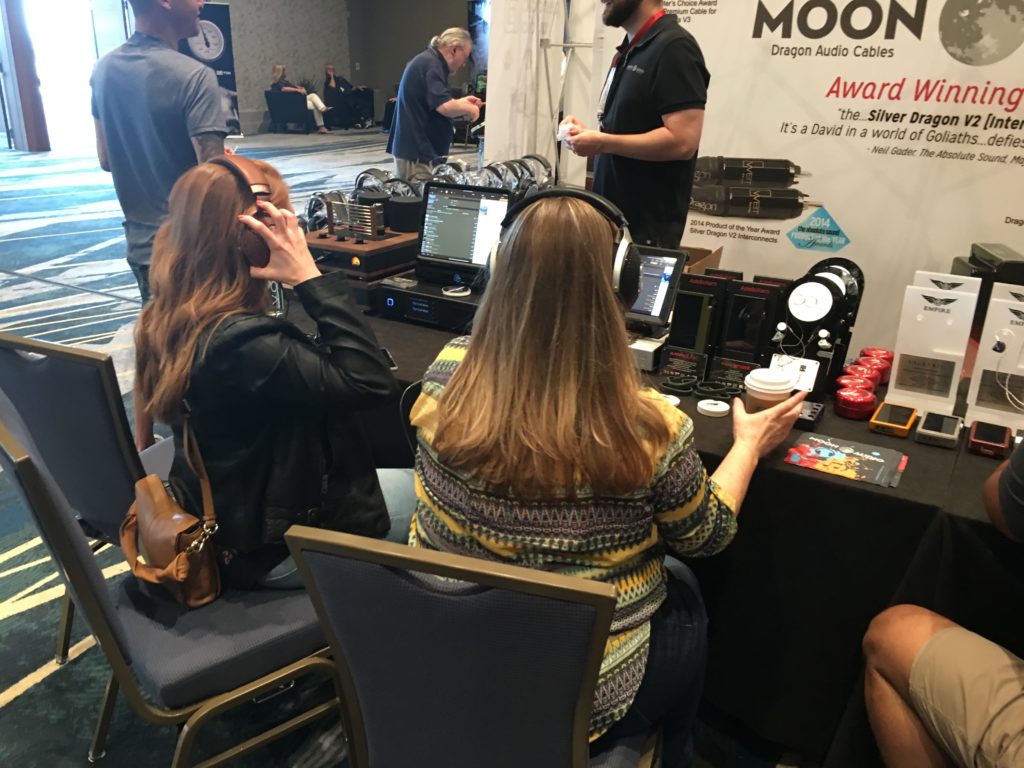 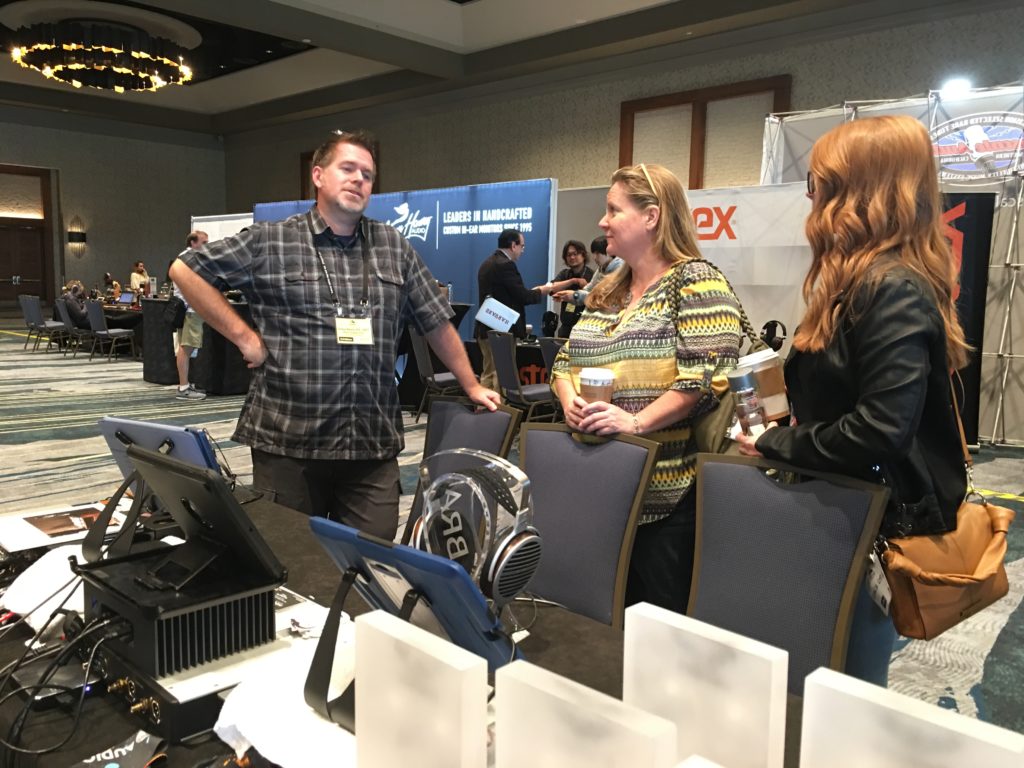 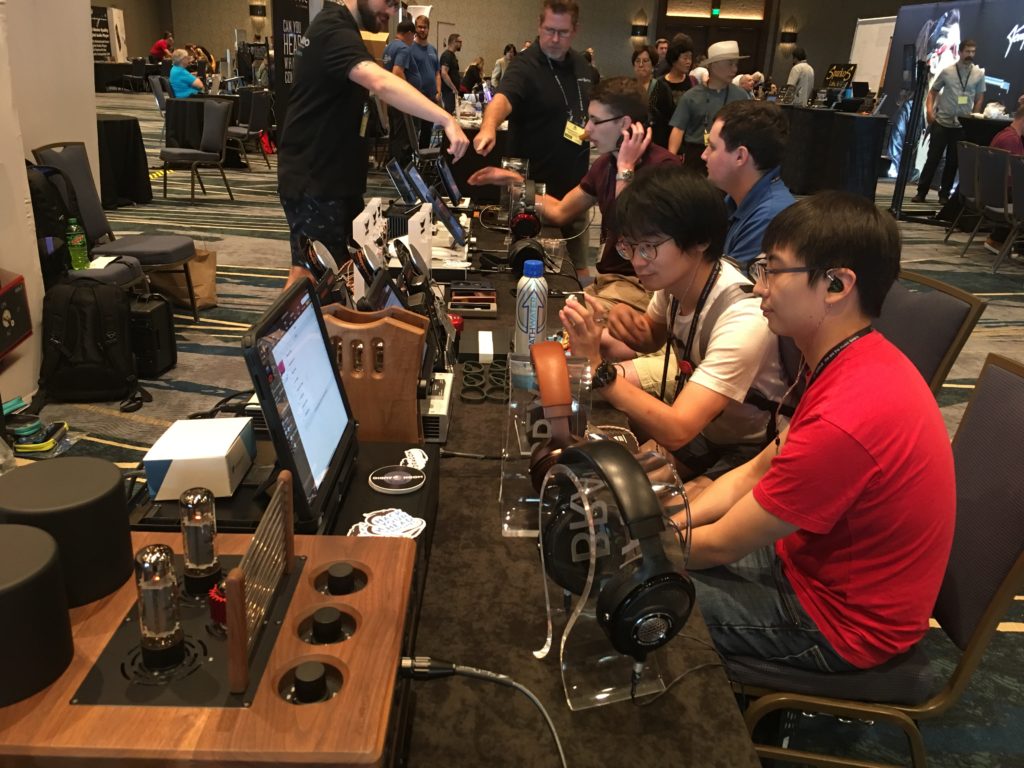 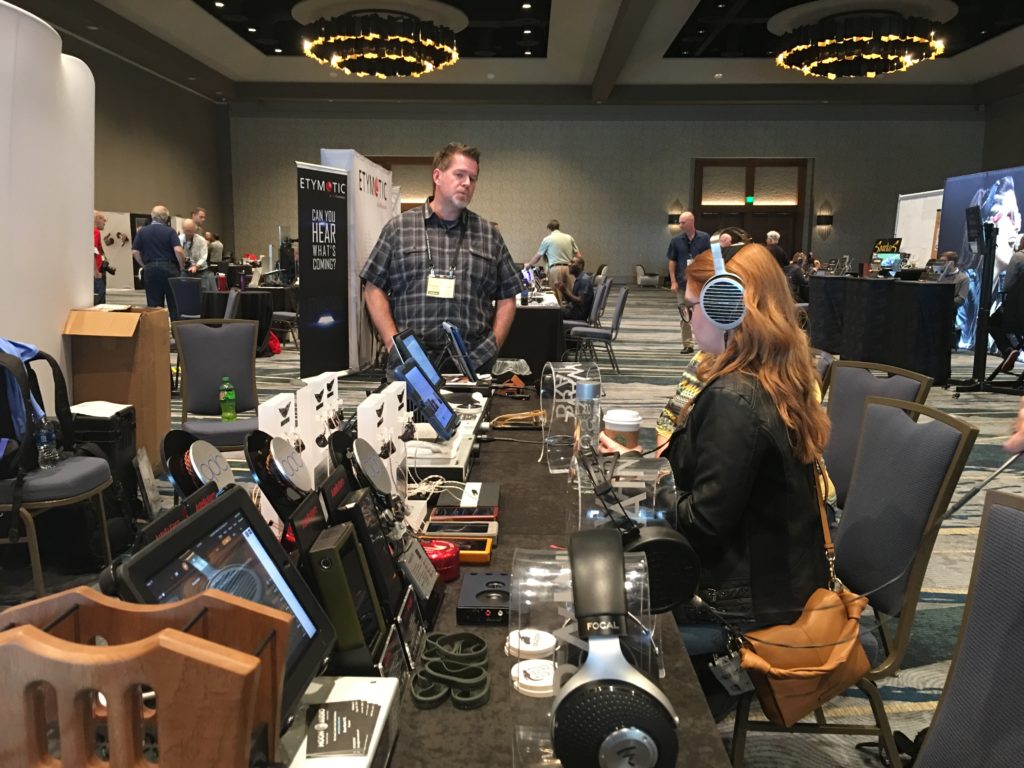 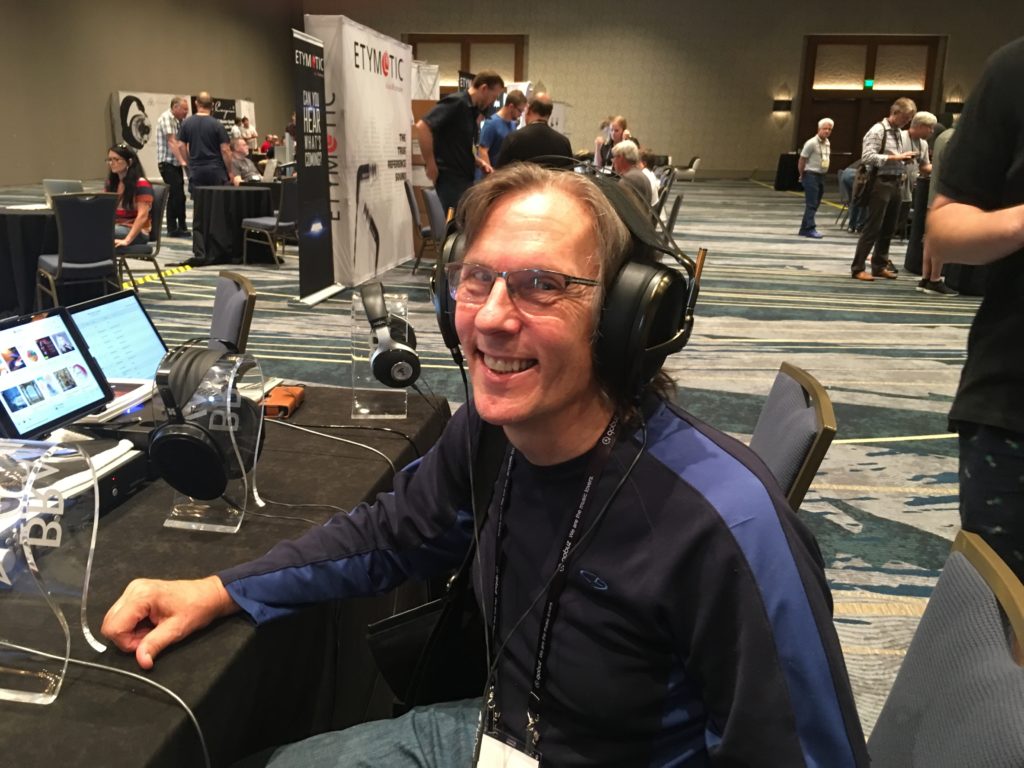 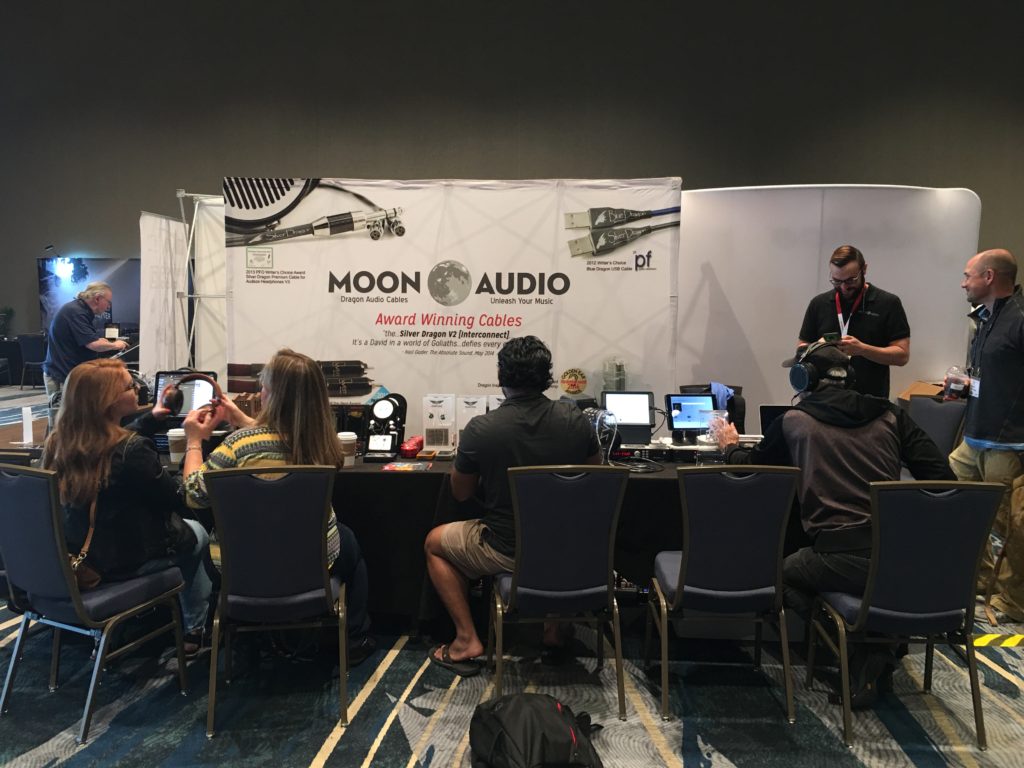 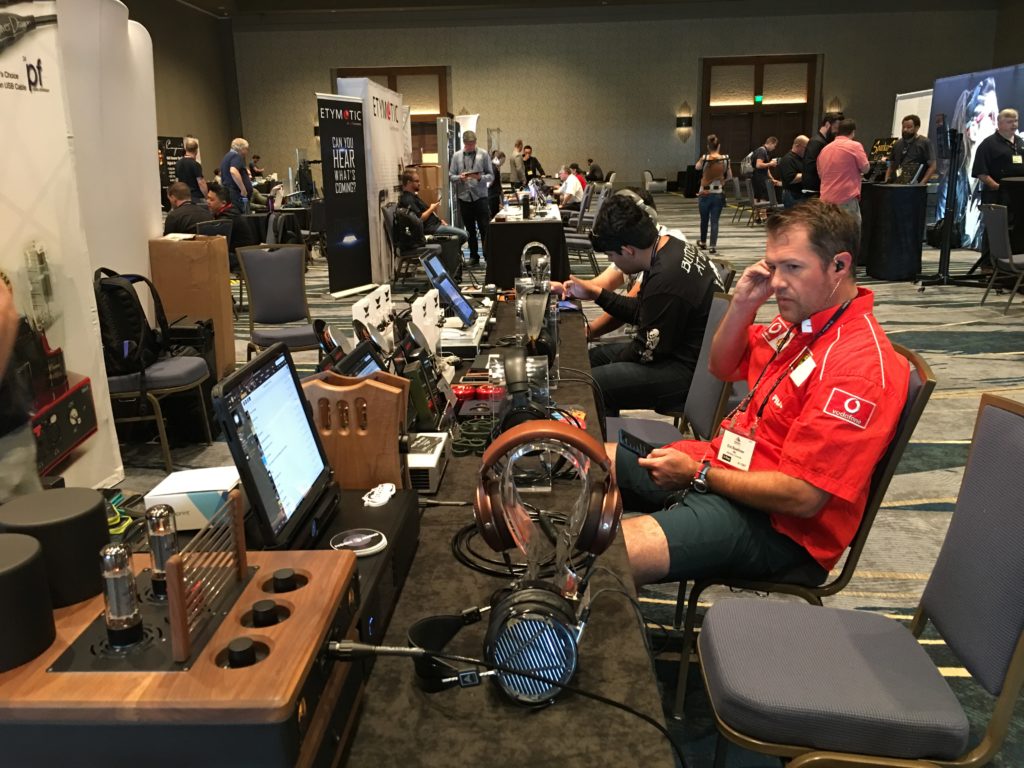 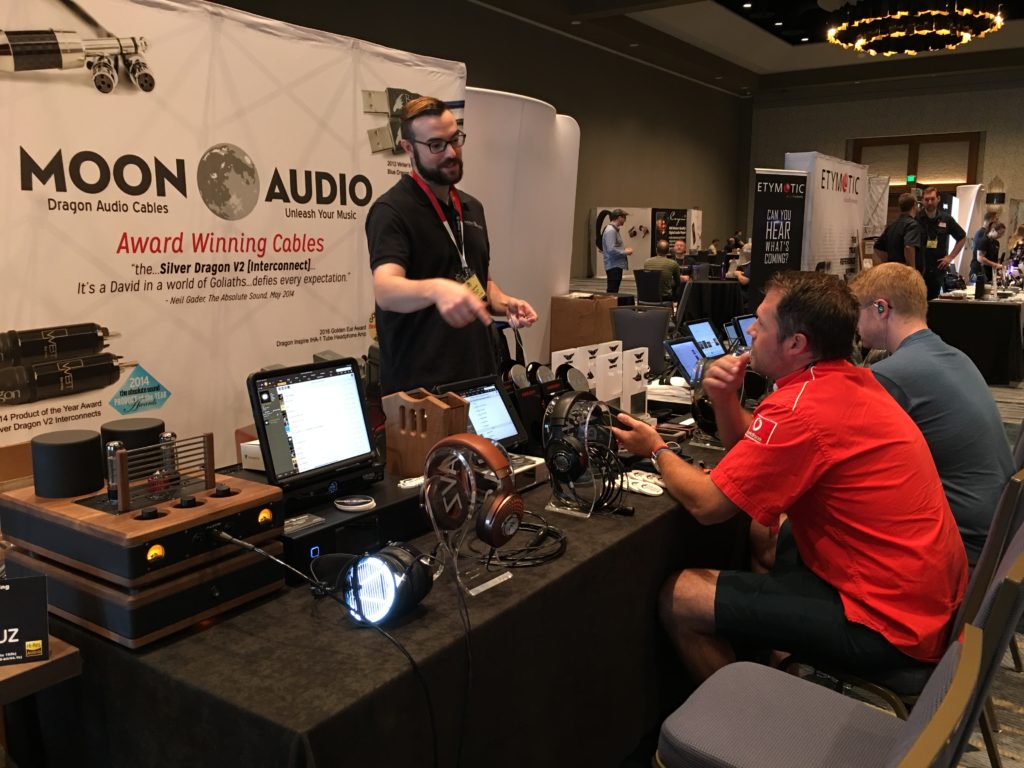 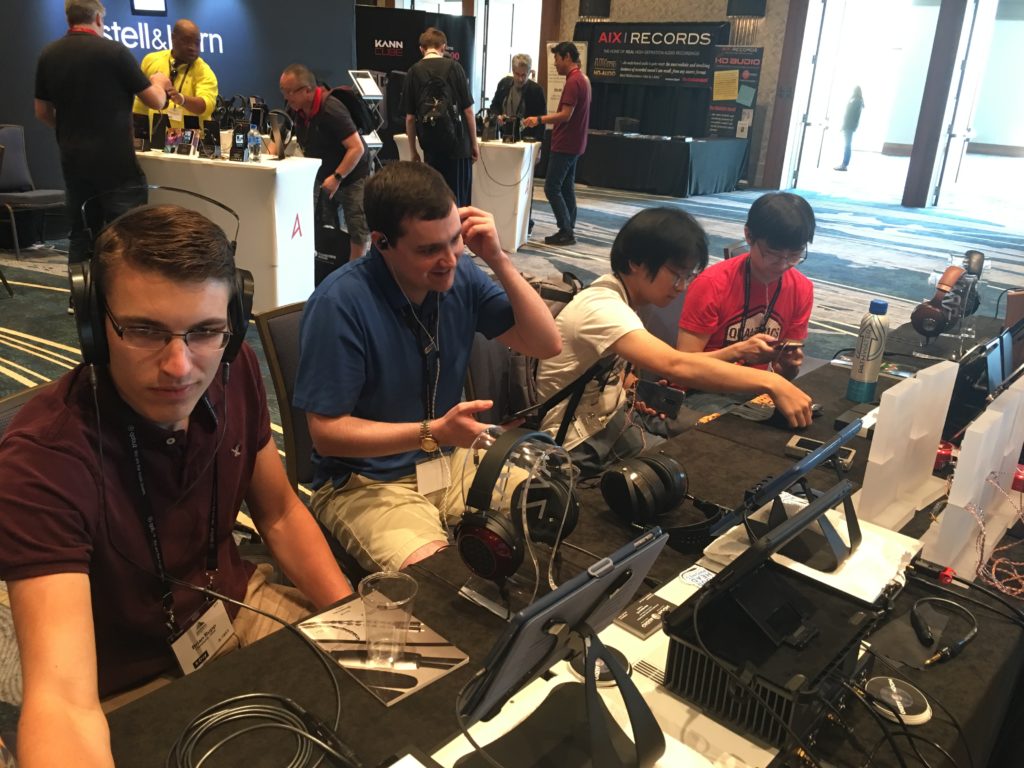 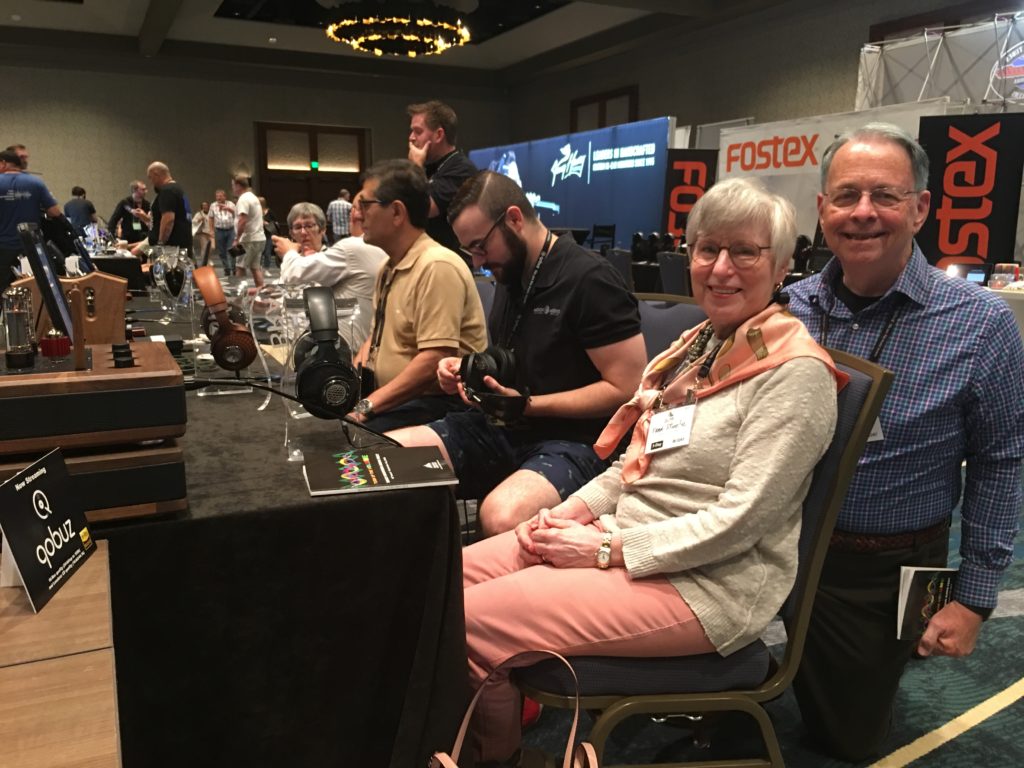 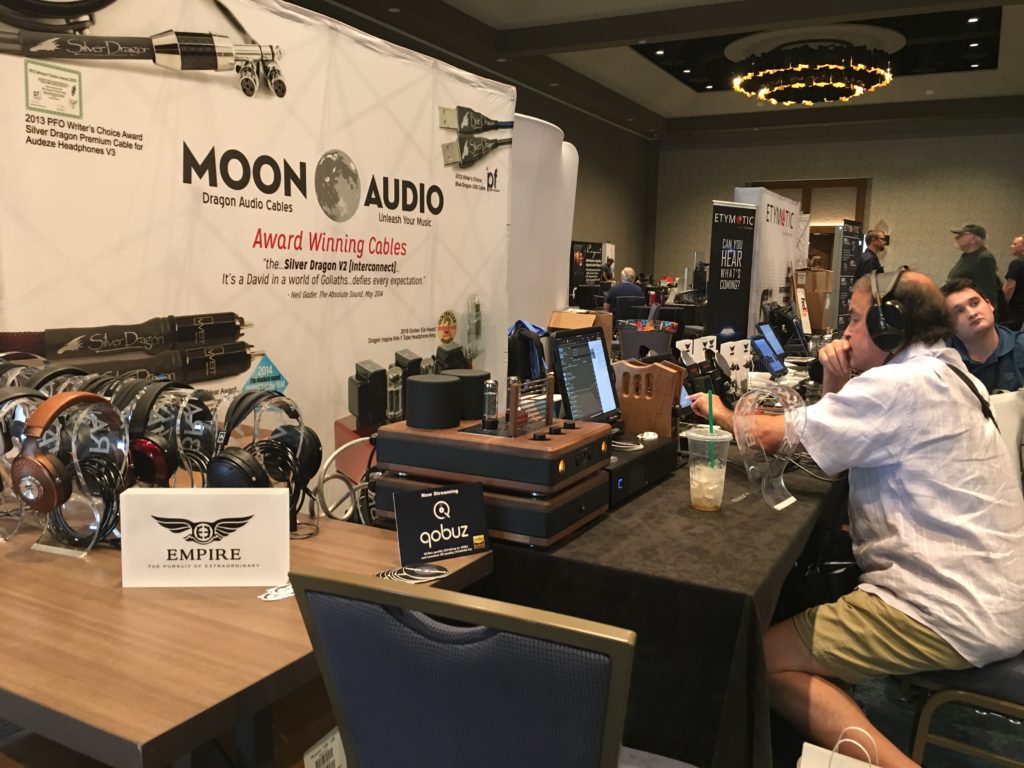 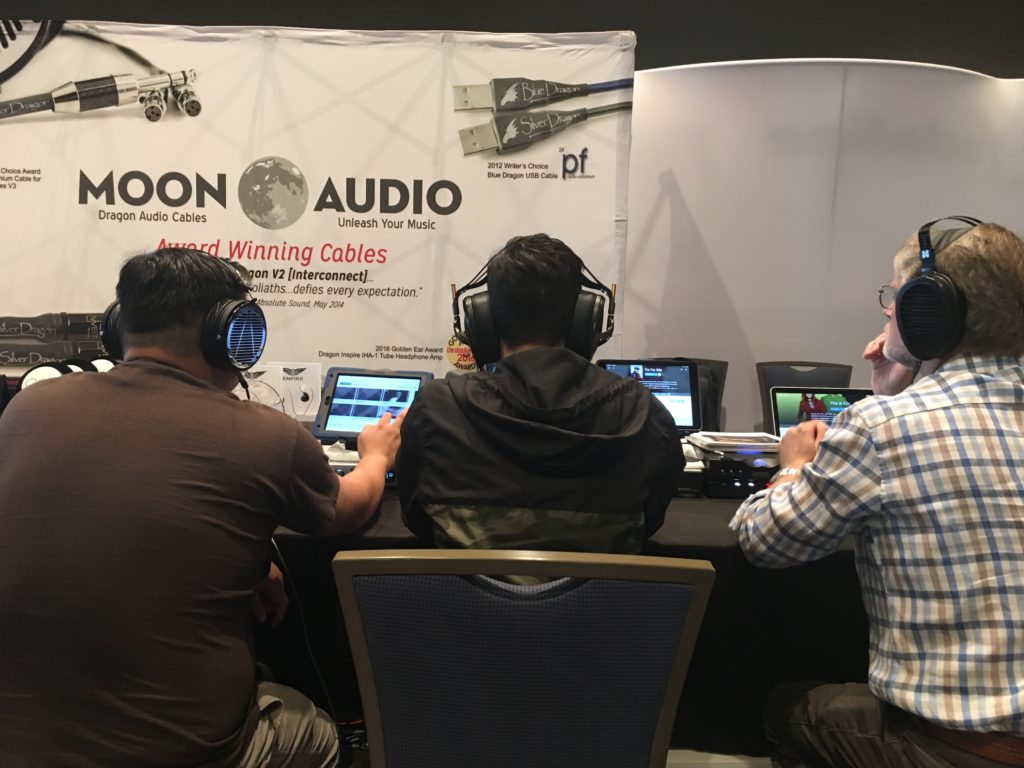