We love working with people who love music and technology as much as we do. Jerry Harvey of JH Audio is a walking "I love music poster". In addition to being one of the most talented sound engineers we know whose collaborations include time on the mixing board for Van Halen, Kiss, Morrissey, the Cult, the Knack, David Lee Roth, Mötley Crüe, k.d. lang, and Linkin Park, Jerry may be one of the luckiest people we know.

One magical summer day in 1980, Jerry was working on his cherry red 1978 Pontiac Trans Am. Unbeknownst to Jerry, Judas Priest, April Wine and Sammy Hagar’s Superjam Rock Tour was set to rock Bush Stadium that night. Approached to let Sammy Hagar borrow his prized car for its debut in front of thousands of “Trans Am Wonderland” fans in exchange for free tickets Jerry said, “Hell, Yes” and his life changed.

In 1995, when Van Halen told Jerry the noise from their massive soundstage and increasingly larger venues was too distracting (and dangerous too as it turns out), Jerry created his first in-ear-monitors which are like in-ear speakers capable of protecting a musician’s hearing while helping them hear their bandmates, music and set. Sebastian Bach and other members of Skid Row knew a good thing when they heard and saw it. Bach and his band members asked for custom monitors glad to pay a king’s ransom to hear and feel their music.

And a new brand and idea was born - In-Ear-Monitors by JH Audio.

In-Ear-Monitors (IEM), a name coined after the studio monitor headphones and speakers used in recording studios to provide “reference” quality sound or music with little to no coloration or artificial manipulation, have two types - universal and custom. Custom IEMs such as JH Audio Roxanne or Universals like Astell & Kern’s Layla, Rosie, Roxanne II, or Angie create the same immediacy, clarity and precision for music lovers as Jerry’s creations for Van Halen, Sebastian Bach and many other musicians you know, love to listen to and follow.

Many musicians customize their IEMs. Custom IEMs use a mold from listener’s or musician’s ears to mold to every bend, curve and swell of a custom IEM wearer’s ears. Custom IEMs are great for musicians or listeners who like to dance, move and jump up and down on stage or in the living room. Molded ear pads aren’t the only IEM customization.

Many musicians and music lovers upgrade cables too. I started Moon Audio when I didn’t like the sound of expensive cables, cables my young family couldn’t afford. Like Jerry, I researched and then handcrafted the first Moon Audio cables. Friends heard my cables and asked if they could buy a pair too. Since I had plenty of material, “Yes”, was my simple answer. I didn’t realize my life was about to change too.

While my Trans Am has never made it on stage at a Superjam Rock Tour musicians, bands and engineers you know, listen to and love customize their IEMs with Silver Dragon and Black Dragon audio cables. “Yes,” was my simple answer when Jerry asked if the Moon-Audio team could engineer cables for Astell & Kern’s Siren Series IEMs too.

We created new cables for the A&K/JH Audio IEMs to match the sound signature of Jerry’s new designs, to match the sound Jerry had in his head. Moon Audio’s Siren Series cables made for JH Audio and Astell & Kern aren’t Dragons, but they are mighty cables built to match the Siren Series’ masterful musical presence, on-stage feel, wide and detailed sound-stage and clear as a ringing bell on a cold summer morning sound.

Will some buyers of the new Siren Series customize their IEMs with Silver or Black Dragon cables? “Yes", is the simple answer.

Since the sound signature of Moon Audio Dragon cables is different than the cables we created for Jerry and Astell and Kern to pair to their new 4pin IEMs. Music is both a universal and individual love.

Whatever works, sounds great and helps our listeners fall back in love with the musicians, studio engineers and music they work so hard to share works for us. You?

Our Black Dragon IEM headphone cable V2 fits all the 4pin JH Audio Siren Series IEMs with the New 4pin connection. When designing the black dragon, we looked for a way to provide the great detail and resolution of our Silver Dragon line. Yet, we still strived to maintain the full sound & enhanced bottom end of our Black Dragons. We feel this Black Dragon does exactly that.

To Reiterate: the purity and density of our conductors in the Black Dragon IEM cable V2 are far superior and much more expensive to design, engineer and produce.

You will be amazed at the sound quality improvements over the JH Audio stock cables.

Every day, all day the Moon Audio team and I work on new creations so the sound of your life comes to you “as clear as a ringing bell on a cold summer morning”.

We’d love to hear about your Siren Series IEMs or JH Audio IEM journey. Please share your pictures and, if you are a musician, help build your following, support network, and support. 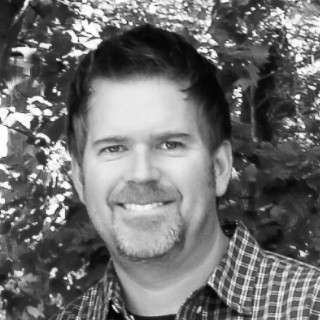