Immerse yourself in sound with Audeze's one-of-a-kind CIPHER lightning cable for a significant upgrade to your listening experience.

Audeze’s award-winning CIPHER lightning cable specially optimized for the iSINE headphones, delivers 24-bit digital audio from iPhone/iPad/IPod to the headphones. You can also customize the sound in real-time with the Audeze iOS app which features two presets and a 10-band equalizer that changes EQ in real time. Refine the bass levels and gently limit the highs on peaky recordings you still love to hear. The two EQ presets travel with the cable when switching devices.

Play Music through the CIPHER Cable

Additional apps or services are not required to play music through the CIPHER cable. Simply plug the cable into the lightning port and use your favorite app to play music on the iPhone.

The CIPHER module up-samples the data coming through the lightning port from the iPhone clock domain to the local clock domain. All Sample rate conversion is done at 24 bit resolution.

You will be prompted to download the Audeze iOS app when you use the cable the first time. The Audeze app allows simple EQ functionality and firmware update options.

You can use one of the third-party apps to play high-resolution music, FLAC or other lossless formats. Some apps that have been tested with the CIPHER cable include: Onkyo HF Player from Onkyo, VOX Lossless player for iPhone from Coppertino, and Tidal or Deezer for streaming lossless music. 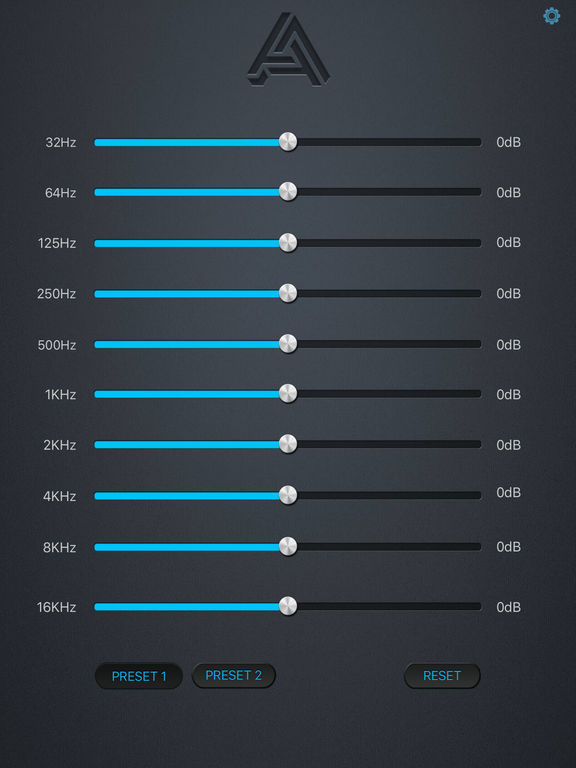 The EQ app is designed to work with the Audeze Cipher cable and an iOS device via Lightning connector.

The app layout is optimized for iPhones but will work for iPads and iPod touch as well and requires iOS 8.1 or later. It supports equalization (EQ) of digital audio playback through the CIPHER cable. The app also allows firmware updates to be applied to the cable. If the Cipher cable isn’t connected to the iOS device the app will open, but no sliders or buttons are enabled.